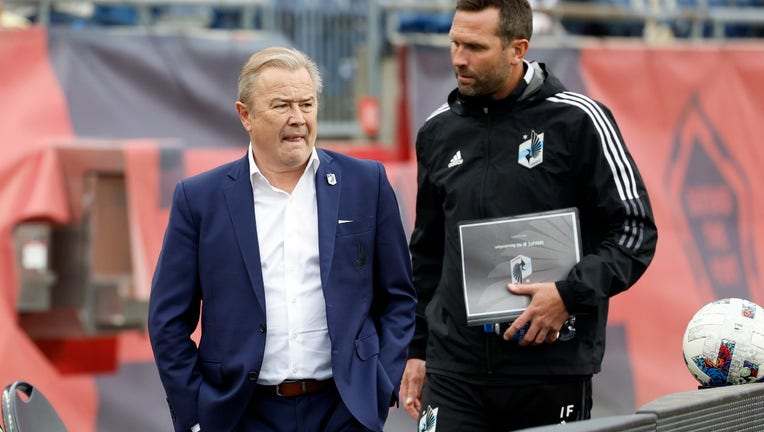 One of the oldest and biggest soccer programs in the English Premier League is in the Twin Cities to face the Loons. It’s also the team that Minnesota United coach Adrian Heath made a name for himself on back in the 1980s.

"It’s a real coup for the club to get a club of that magnitude to come and play preseason. Obviously with my history there, it’s going to be a special night for me and my family and everybody who is connected not only with this club, but with Everton," Heath said at Tuesday’s training session.

It should be another sellout at Allianz Field to see one of the top soccer clubs in Europe.

It’s also a friendly, meaning it’s an exhibition and the result isn’t relevant. The goal is to be competitive, play hard but don’t get any major injuries. Heath said what’s available of his regular starting 11 will play the first half Wednesday night, before giving way to reserves.

Defender Brent Kallman says there hasn’t been much talk about facing Heath’s former team as a player going into the match.

"He hasn’t talked to us about it. But I’m sure, obviously he was a legend with Everton and stuff, so I’m sure he’ll be all smiles tomorrow. You’d have to ask him how he’s feeling, but nothing too noticeable to us," Kallman said.

Kallman joked that he has seen pictures of Heath in his playing days with Everton.

"He had more hair, but he looks the exact same," Kallman said.

What is important, other than staying healthy, is being competitive with one of the most respected teams in Europe. Minnesota United comes into the match having won four straight MLS matches, and climbed up to fourth in the Western Conference standings at 31 points with a 9-8-4 record.

It’s a more meaningful friendly than most for Heath and the Loons.

"Make no mistake, this is one of the biggest clubs in Europe. For us to have them at Allianz is fantastic. We’re looking forward to what’s going to be a special night," Heath said.

Wednesday’s game is the second of two for Everton on U.S. soil as they’re in preseason mode. Everton is in its 119th season after joining the EPL in 1992.

"When you expose yourself to that level, it just kind of raises everything about your game. It’ll be a good experience for the group, especially a lot of the young guys to see players of that level," Kallman said.