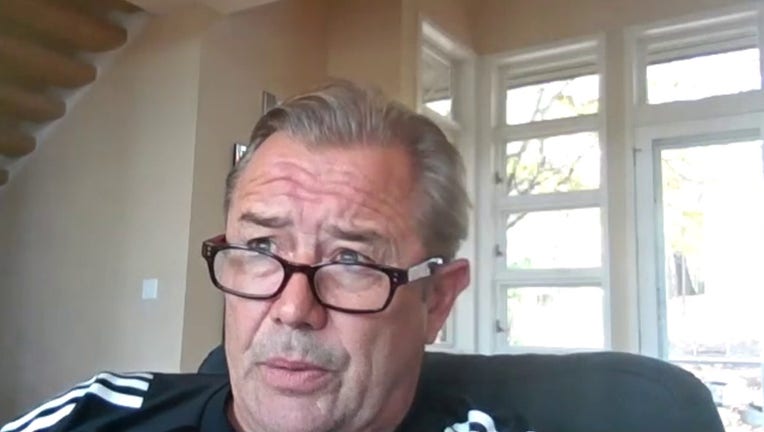 MINNEAPOLIS - Minnesota United coach Adrian Heath is crossing his fingers that the Loons have dodged a bullet with the COVID-19 pandemic.

Heath woke up to a message last Saturday morning from the team physician, and it was the last thing he wanted to read. Two Loons’ players had tested positive for COVID-19. Minnesota United had a match scheduled at FC Dallas on Sunday, which was postponed.

The two players, who have not been named by the team or Major League Soccer, went into a 14-day quarantine. The tests came down when the team wasn’t together, so Heath is hopeful the virus hasn’t spread to other players. The team returned to training for the first time since the positive cases Tuesday morning at the National Sports Center in Blaine.

“We were fortunate that the day before we weren’t together, so we feel as though we nipped it in the butt. We’re hoping so, but obviously it was a bit of a shock to the system because it’s gone so well so far. As other sports and other teams are finding, once you come out of the bubble, keeping everybody who is trying to go about their normal lives safe from this disease, it’s proving very, very difficult and we are no different than anybody else,” Heath told reporters Tuesday via Zoom.

Minnesota United has had all negative tests since Saturday, and assuming that trend continues, the Loons’ match against Chicago Fire FC is on as scheduled for Wednesday night at Allianz Field.

The Loons went more than two months without any COVID-19 cases while playing at the MLS is Back Tournament at ESPN’s Wide World of Sports Complex in Orlando, where they made a run to the tournament semifinals. They’re the first Minnesota professional sports team to have a game postponed due to positive COVID-19 tests among its own players.

Heath wouldn’t say if the two positive cases were connected, or if they were separate. He did say while they follow MLS heatlh protocols, they know they're at risk every day no matter how safe they feel.

“We’ve expressed to the players how important it is that we try and follow all the protocols that they’ve been given. As I’ve said before, when you’ve got guys who have kids who go to school and you’ve got guys that go out and get groceries, etc., you leave yourself exposed probably every time you go through the door,” Heath said. “We’ll keep our fingers crossed that we’ve sort of dodged a bullet on the rest of the group.”

Heath said a reschedule date for the match at FC Dallas has not been set.

It’s a pivotal week for the Loons, who sit in fifth in the Western Conference standings at 23 points. They’re one point out of fourth, and four points clear of the No. 8 spot in the conference. After hosting Chicago Fire, Minnesota United will host Houston Dynamo Sunday night.

The Loons are 6-5-5 on the season, and 3-1-1 at Allianz Field this season despite not having fans in the seats due to the COVID-19 pandemic.

One thing Heath is hoping to see more of, starting Wednesday night: More goals. Minnesota United has just three in its last four matches, and the Loons have played to scoreless draws against Real Salt Lake and Nashville SC in two of its past three matches.

“We’ve missed chances. The Real Salt Lake game, if we get anywhere near the amount of chances tomorrow night I’ll be delighted. We had four or five glorious opportunities, we had a couple really good opportunities at Nashville,” Heath said. “I feel as though the group is getting back to what we were during the tournament, this is the most confident I’ve been going into a game the past few weeks.

“We’re looking forward to tomorrow, we know it’s a big week and it’ll probably determine the rest of the season,” Heath said.