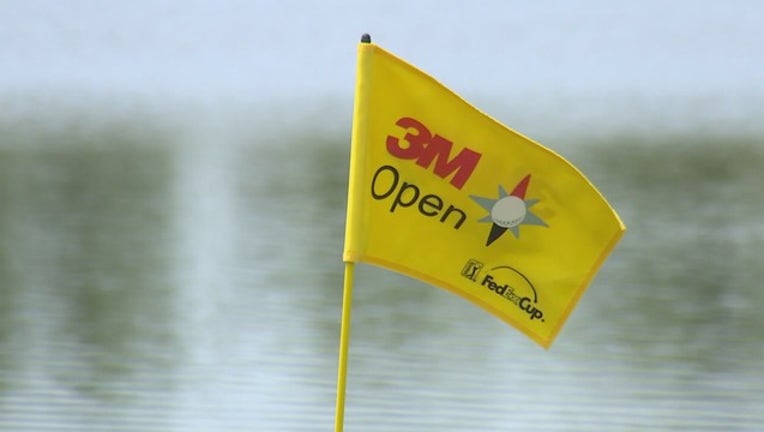 MINNEAPOLIS - The PGA Tour announced its newest revised schedule for the 2020 season Thursday morning due to the Coronavirus pandemic, and the 3M Open will go on as scheduled July 23-26 at TPC Twin Cities in Blaine.

It also has the potential to be the first sporting event on tour, and in Minnesota, to be open to fans.

The PGA Tour announced its newest revised schedule for the 2020 season Thursday morning due to the Coronavirus pandemic, and the 3M Open will go on as scheduled July 23-26 at TPC Twin Cities in Blaine.

The PGA Tour announced the schedule will start with the Charles Schwab Challenge June 8-14. The 3M Open, which will be in its second year, is in between two of the bigger events on the PGA Tour in July. The Memorial Tournament is scheduled for the week before, and takes the place of The Open Championship, which has been canceled due to Coronavirus.

The World Golf Championships-Fed Ex St. Jude Invitational have been rescheduled to the week after the 3M Open, which was an open date with the Olympics being canceled.

The first major tournament will be the PGA Championship, Aug. 3-9. The U.S. Open was rescheduled from June to mid-September, and The Master’s, typically played in early April, was postponed and rescheduled for mid-November.

The biggest question left is when fans will be allowed to return. PGA Tour officials said Thursday the first four events will be closed to the public. That leaves the John Deere Classic July 3-6, The Memorial and the 3M Open as the early possibilities for the first tournament to allow fans.

It would be the first Minnesota sporting event to allow fans since the Covid-19 pandemic forced a “Stay at Home” order, effective through at least May 4. The 3M Open had record crowds in its inaugural season in Blaine.