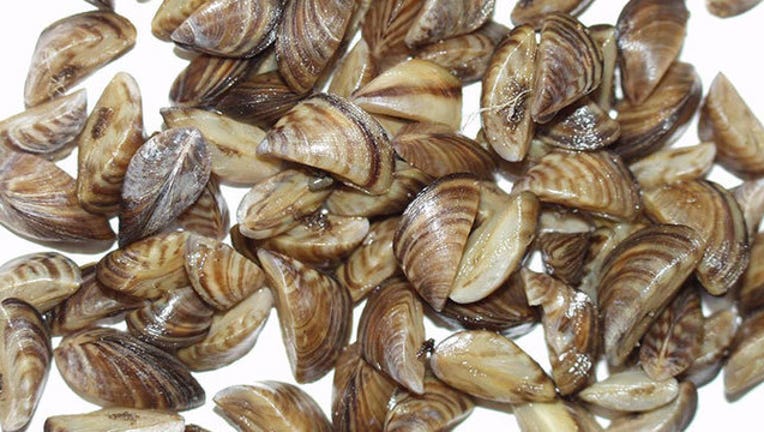 Zebra mussels were found in a mine pit near Virginia, Minn. as crews pumped out water. (File photo from USGS)

VIRGINIA, Minn. (FOX 9) - Zebra mussels have been discovered at a mine in northern Minnesota, the Department of Natural Resources reports, as crews pumped water from the mine into local waterways.

According to the DNR, mining crews found the zebra mussels during a routine inspection while dewatering the Rouchleau Mine Pit near Virginia, Minnesota.

Widespread living and dead zebra mussels were found in the water being pumped out. Once the mussels were discovered, crews stopped the pumps, which were going into a drainage ditch that flows to a wetland known as Ramshaw Lake before going to Long Lake Creek, the St. Louis River, and eventually Lake Superior.

DNR officials say zebra mussels are not known to be in the local waterways, but have been found in Lake Superior in recent decades.

The DNR is now conducting a review to determine the best course of action to prevent the spread of zebra mussels in the area.

The invasive species can cause damage to ecosystems when introduced, competing with native species for food and habitat while damaging water intake pipes, impacting boat performance, and cutting the feet of swimmers who step on them at the bottom of a lake.