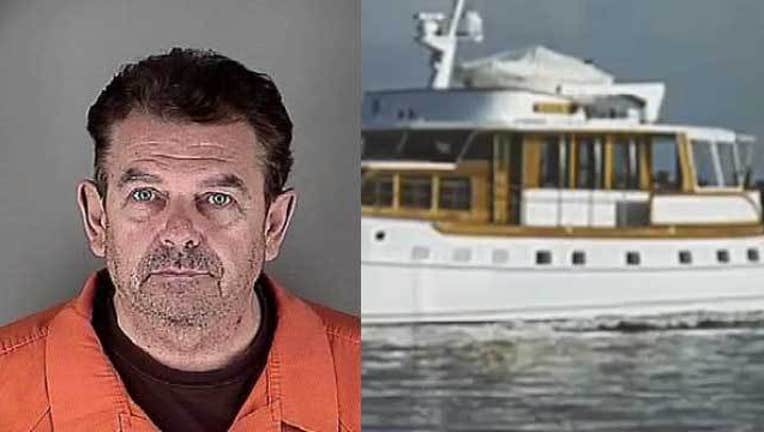 A Minnesota man who collected public benefits while living on a yacht was sentenced Monday morning to 21 months in prison for welfare fraud.

Colin Chisholm III and his wife, Andrea, accepted more than $165,000 in public assistance from various government programs designed to help the poor. The alleged welfare fraud occurred over a 7-year period, from 2005-2012, during which the couple owned a luxury yacht and had nearly $3 million in their bank accounts.

Sentencing guidelines only called for probation, but Hennepin County Attorney Mike Freeman pushed for prison time since this case of welfare fraud was so egregious. Chisholm must also pay $167,420 in restitution once his prison term is complete. Freeman called Monday's sentencing "a fitting end to a crime that never should have occurred."

Judge Lois Conroy asked Colin Chisholm if he wanted to make a statement. He paused for a good 5 seconds, shaking his head, before ultimately uttering "no." The judge, in handing down the sentence, told Chisholm that he has an opportunity to turn his life around and said "I hope you choose to do so."

Investigation ran from Minnesota to Bahamas

The Hennepin County sheriff's investigation started at the couple's home in Deephaven, Minn. and expanded to multiple locations across the United States before finding the couple in the Bahamas. The Chisholms were deported from the island, arrested in Florida and sent to Minnesota to face charges.

Andrea Chisholm pleaded guilty to one count of aiding and abetting wrongfully obtaining public assistance in August. She was sentenced to one year and one day in prison.