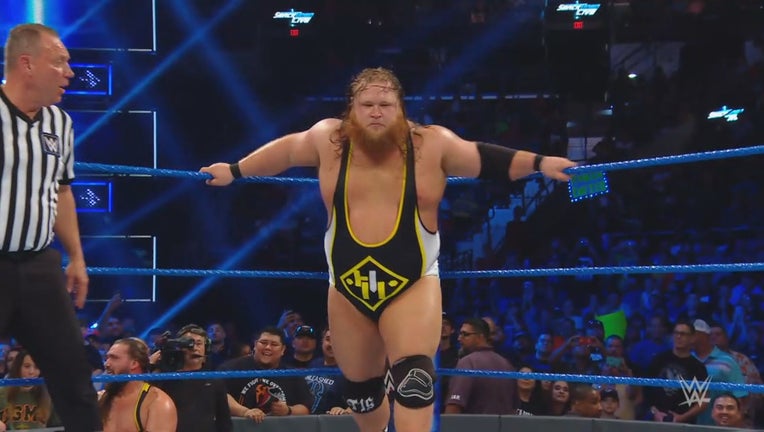 (FOX 9) - WWE SmackDown superstar Otis is a fast rising star in the industry and he’s also a man with strong Minnesota ties.

Born in Duluth, then raised in Superior, Wisconsin, Otis knew wrestling was in his blood from an early age, even if it wasn’t the type of wrestling he was thinking of.

WWE SmackDown superstar Otis is a fast rising star in the industry and he is also a man with strong Minnesota ties.

“Going in there, going, ‘Where’s the ring mom?’” Otis recalled. “My mom going, ‘There is no damn ring son. This is amateur wrestling.’”

“Me and Chad Gable are former teammates in Minnesota Storm as a club for senior level of Greco-Roman wrestling.”

Otis went on to wrestle at the Pan-American Games and had dreams of becoming an Olympian, but those dreams fell short. When WWE came calling, however, the childhood wrestling fan in him couldn’t resist.

"I started as a small kid,” said Otis. “I would do these little wrestling, private wrestling shows just with myself. I would be in the basement, beat up all my wrestling dolls and I would be coming out to entrance music. I’d be doing all these shows to the wall basically.”

His resume in WWE seems to grow by the week. He’s one half of the tag team Heavy Machinery. He won his first singles match earlier this year at WrestleMania and just recently became the Money in the Bank winner allowing him to cash in on world championship opportunity anytime he chooses.

Not bad for a Duluth-born athlete who says he’s having the time of his life.

“I bring myself out there to the public and what you see is what you get and I’m just lucky enough to be able to accept it and hopefully become someday champion,” said Otis.