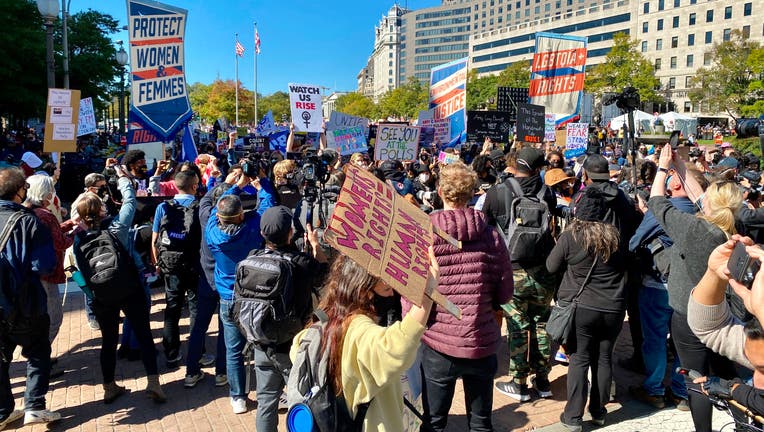 ST. PAUL, Minn. (FOX 9) - The Women's March planned for Saturday at the Minnesota Capitol in St. Paul was cancelled on Friday night after organizers received a call from the Attorney General's office.

The office informed the organizers on Friday that the march would likely violate Governor Walz's executive order, which requires large gatherings to have a COVID-19 preparedness plan. The plan restricts gatherings to 250 people and requires participants to submit information for contact tracing.

They also warned that the organizers could face fines up to $25,000.

The Attorney General’s office said they receive information about events like the march and other large gatherings or rallies. Each time, they follow up with organizers to let them know what guidelines they need to follow per the executive order. The AG’s office says they have done this for more than 70 organizations.

To date, the AG's office has only brought action against one group for violating the executive order: A rodeo over the summer in Effie, Minnesota where there was a confirmed COVID-19 case.

At the end of the day, the office says it's up to organizers to decide if they want to run the risk or not.

While the in-person march was cancelled, organizers are still planning to hold a virtual event on November 1. Smaller rallies are also still taking place across the state on Saturday.

"On the 1st we will come together again (virtually) to strengthen our determination to fight for the intersectional feminist future we need and deserve," march organizers said. "Watch for more details to come."