MINNEAPOLIS (FOX 9) - In September of 2019, Richard Bullock was charged with setting his then-girlfriend on fire after assaulting her. More than two years later, he’s set to take a plea deal that could have him out of prison in three and a half years.

"From a one to a 10 it was a 10. It was off the charts," Sharee Smith said, describing what it was like when her then boyfriend hit her, dumped alcohol on her and set her on fire.

Since then, Smith has been healing from the severe burns that had her in the hospital for a month, in a coma for two weeks and has resulted in endless hours of physical therapy.

"It changed in a major way. I’m limited to some things I can’t do. I get out of breath easily. I’m in therapy most of the time," Smith said. 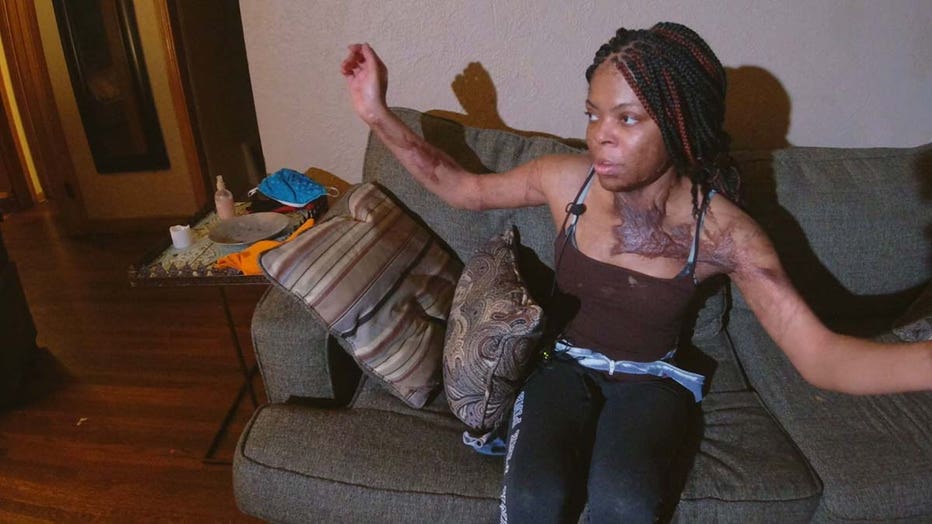 Sharee Smith shows her scars from when her then-boyfriend hit her, dumped alcohol on her and set her on fire in 2019. (FOX 9)

As she’s been waiting out the legal process in her case, earlier this month, she got a call from her Hennepin County Victim Advocate, notifying her that Bullock and the county attorney’s office reached a plea deal.

The deal is: Bullock pleads guilty to first- and second-degree assault charges and attempted murder charges get dropped. As part of the deal, his sentence would be 90 months (seven and a half years). Under the deal, he would get credit for time served and under Minnesota sentencing laws saying one fourth of a sentence can be served outside of prison, he’ll likely be out of prison in three and a half years.

"I almost died. My life is only worth seven years?" Smith said.

In September of 2019 Richard Bullock was charged with setting his then girlfriend on fire after assaulting her. More than two years later, he’s set to take a plea deal that could have him out of prison in three and a half years.

Smith says the victim advocate assigned to her case told her that because Bullock tried to put the fire out after setting it, prosecutors would not be able to prove the second-degree attempted murder, a charge Bullock was originally facing. Still, Smith is concerned about her safety given that by the time he is out of prison, she could still be living in her home, and he could still be carrying resentment for what happened.

Local domestic abuse experts say plea deals like this can be harmful to victims.

"Plea bargaining actually diminishes the voice of the victim and the impact that the violence has had upon the victim," said Lucius Luther, who has worked within the justice system and with victims for 40 years and is currently a social worker with the Phyllis Wheatley Community Center in Minneapolis.

He says victims, especially women of color without economic or social status, can often get left behind.

"I think one of the greatest challenges that victims face is that their voice is muted in the entire court system," Luther said. "It is a mind-boggling set of events and people and processes that takes place where, again, the victim can be lost in the process of trying to achieve justice for society rather than justice for an individual." 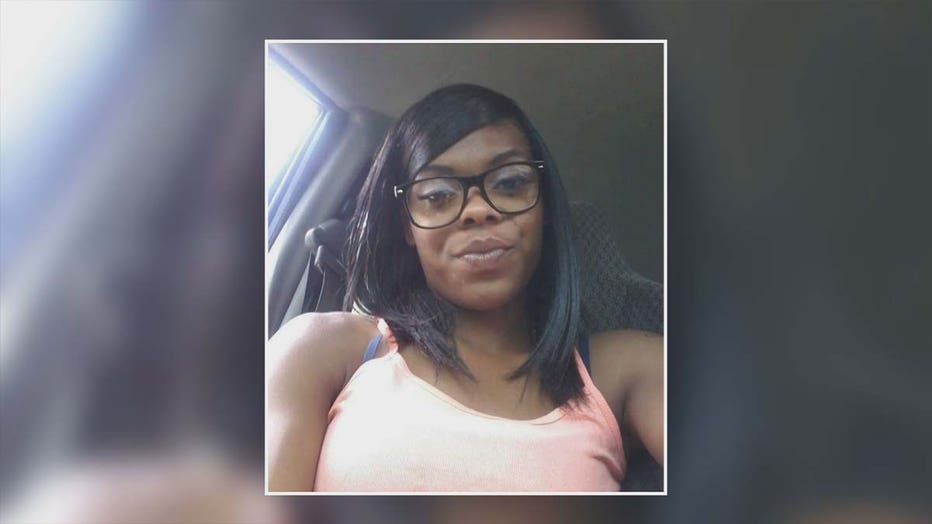 Sharee Smith before she suffered severe burns from her ex-boyfriend.

Smith is hoping at the sentencing hearing on Monday the judge considers how this attack has impacted her, and will impact her for the rest of her life. She’s hoping the judge considers the aggravating circumstances, ignore the plea deal and give Bullock more time.

"The victims matter," Smith said. "It’s going to take a long time for me to heal not just physically but mentally."

If you or someone you know is a victim of domestic abuse, there is help. Contact the National Domestic Violence Hotline on their website or by calling 800-799-SAFE (7233).