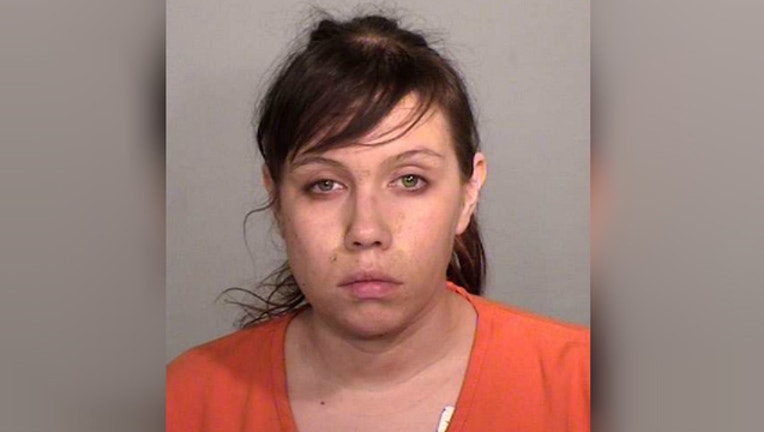 LITTLE CANADA, Minn. (FOX 9) - A 30-year-old woman is charged with two counts of second-degree murder after allegedly stabbing a woman to death outside a home in Little Canada, Minnesota over the weekend, according to a criminal complaint.

According to the charges, in the ambulance, Martin admitted to smoking meth an hour before fatally stabbing a woman identified as Shayna Mae Fairbanks. Martin also said she "pushed her and grabbed the knife," "I didn't mean to" and "I don't know how many times I stabbed her." She said she also had Percocet within the last day.

The incident happened Sunday night, according to the criminal complaint. Martin told her husband she was going to get baby food. When she returned home several hours later, she told her husband a woman named Shayna was waiting in the car. Martin's husband told her to take her home and Martin left.

About 15 minutes later, the husband checked where Martin was through the "Find My Phone" app only to see her possible location was just outside the home. He called her and when she answered she quickly hung up, saying she couldn't talk.

Soon after, Martin came inside the home, this time covered in blood and bleeding from a wound on her right arm. She told her husband she stabbed Fairbanks in self-defense.

When the husband went outside, he found Fairbanks partially inside the back seat of Martin's car. He called 911. He also noticed Martin was still holding a knife, which he remembered had been missing from the kitchen's butcher block for several days.

Investigators found a blood trail, which they believe showed Fairbanks was dragged from across the street to the back of Martin's car.

The husband told deputies Martin has been addicted to pain medication for several years and is currently taking prescribed Gabapentin, which is used to prevent seizures, as well as non-prescribed Percocet.

An autopsy showed Fairbanks had stab wounds on her forehead, the right side of her head, her neck, left chest, left forearm and left leg. She also had injuries on her lip and hands.

Martin received treatment for the injury on her arm.

A judge set bail at $500,000. Martin's first appearance in court is scheduled for Wednesday afternoon.