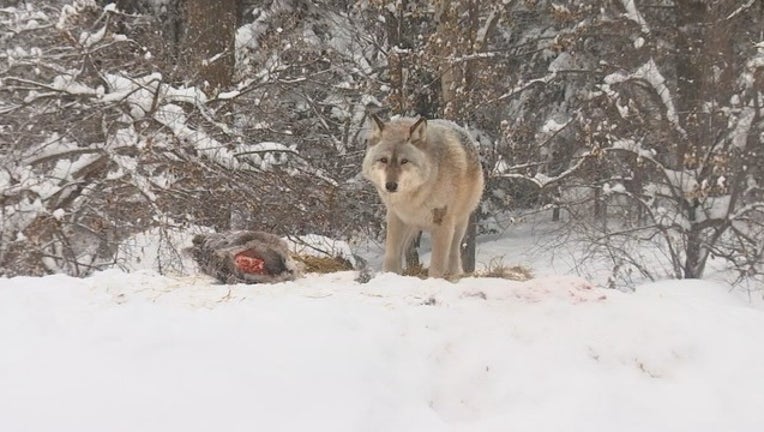 ELY, Minn. (FOX 9) - A wolf that acted as an ambassador for the International Wolf Center in Ely, Minnesota, along with the pack leader at the center, has passed away.

Officials say the wolf, Aidan, died Wednesday likely from a rupture of mast cell tumors. His passing came a day after a vet visit to remove a mast cell tumor on his neck.

Veterinarians were able to remove a tumor, but were running further tests to see how bad the problem might be. He was recovering from surgery when he passed away the following morning.

Aidan joined the facility with his packmate Denali, both Rocky Mountain wolves, in 2008. In the decade-plus he was at the center, officials say Aidan helped educate tens of thousands of wolves.

FOX 9 profiled Aidan and the wolf center in 2018 as he was being challenged for his spot as pack leader by younger members of the pack. The center also spoke with us about how important it is to have ambassador wolves that give members of the public the rare chance to experience and appreciate the wild animal.

Prior to the recent surgery, Aidan also had a tumor removed in 2017. His body has been sent for a necropsy.