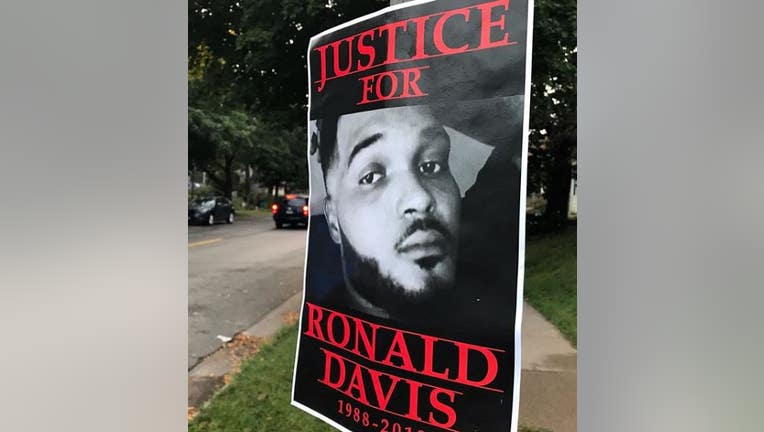 'Justice for Ronald Davis' was the rallying cry for protesters Sunday night in Midway neighborhood.

ST. PAUL, Minn. (FOX 9) - A month after a deadly officer-involved shooting in St. Paul, 911 transcripts are being released, detailing the chaotic moments after police say the suspect rammed the officer’s cruiser.

The calls are giving more context about what happened in the Midway neighborhood on September 15. Witness accounts backed up the officer's account of a surprise attack.

The transcripts reveal the tense moments before and after an officer-involved shooting in St. Paul.

A month after the shooting, the remnants of a memorial for Ronald Davis remain at the corner of Griggs Street and Thomas Avenue. Davis died after being shot by the officer. After his death, many questions still remain surrounding the incident. But, we are now getting a clearer picture of what happened on that day.

The body camera from Officer Steve Mattson, released nine days after the shooting, showed the quick progression from collision to attack with a knife to the fatal shots.

911 transcripts from nine callers add more context to the shooting. All of the calls report gunshots with most saying two or three shots.

“We heard it,” said one caller. “We were sitting in our living room and then we heard what sounded like a car accident. Then we looked out the window and saw the cop by a four-way stop. And then as we were watching, looking at it, all of a sudden we heard pop-pop-pop."

Another witness reported seeing the entire thing. “The officer got hit in the back by another vehicle that was flying down the road," the caller said. "The passenger got out of the car and started attacking the cop."

After describing seeing a person on the ground, with a multitude of sirens in the background, the transcript notes the caller elaborated: "We just happened to be sitting outside on our steps. The cop was going by our house really slow. A guy was flying down the road and hit the back of the cop car really hard."

In the body cam video, you see Officer Mattson roll as he’s scrambling away. On his feet, only seconds later, he would fire. 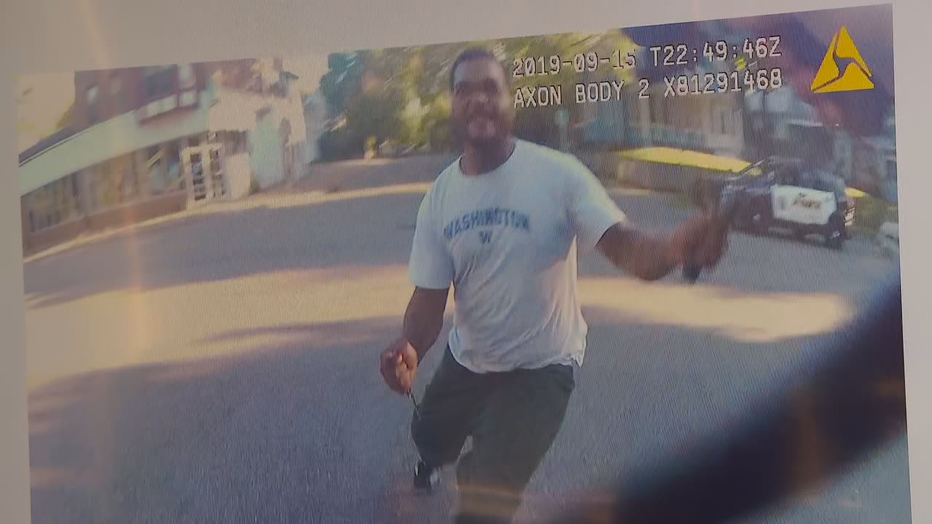 The BCA is investigating the case. After the conclusion of the investigation, they will turn their findings over to the Ramsey County Attorney's Office.

After the shooting and the release of the body camera footage, activists questioned the use of force by the police officer, calling for an independent investigation to review the officer's actions.

In a statement, St. Paul Police Chief Todd Axtell strongly defended his officer, saying: "For more than 30 years, I’ve built my career on a foundation of trust, truth, and transparency. That’s not to say that I, or any member of our department, is perfect. When we make mistakes, the Saint Paul Police Department has a proven record of taking responsibility. However, this is not one of those times."