MINNEAPOLIS (FOX 9) - Letters from around the world decorate a wall at Curry in a Hurry, an Indian and Bangladeshi restaurant in the Cedar-Riverside neighborhood, the well-wishes serving as a reminder of a grim period in Minneapolis's history.

A young child from Michigan wrote one letter. Another person gave $20 and said it was all they could send. The letters poured in after business partners Ruhel Islam and Riz Prakasim lost their South Minneapolis restaurant, Gandhi Mahal, when arsonists burned it during the 2020 riots that followed George Floyd's murder.

The pair have an ambitious redevelopment plan at their former site, yet say they've received little government aid outside of a small initial grant and platitudes.

"I think words are powerful, but those words must be backed up by action," Prakasim said in an interview. "If there's not, then you have half-baked rhetoric." 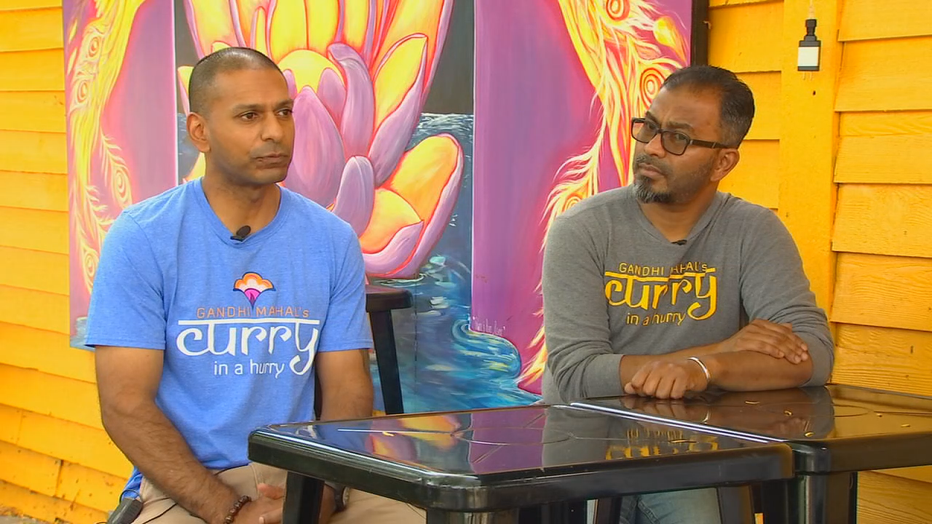 Ruhel Islam and Riz Prakasim are looking to redevelop their South Minneapolis restaurant, Gandhi Mahal, after it burned down in the 2020 riots. But they have barely received any government aid. (FOX 9)

Islam and Prakasim are not alone. Local business owners in the East Lake Street, South 38th Street, and West Broadway corridors are left navigating a tangle of financing challenges after the areas sustained an estimated $250 million in uninsured losses. The task of rebuilding corridors scarred by the 2020 unrest awaits the people elected mayor and City Council members on Nov. 2.

Minneapolis's modest redevelopment efforts were hamstrung initially by tight budgets during the COVID-19 pandemic and recession. Recently, the city committed $28 million of federal American Rescue Plan Act dollars to provide capital and cut business fees, though much of the money is aimed at businesses that lost revenue during the pandemic.

The city has also spent $914,000 to clear debris from seven lots. Inspectors ordered a total of 18 property owners to raze their land after the riots, and a city spokesman said the other 11 had insurance that covered the losses. Islam and Prakasim said insurance covered $50,000 of the $125,000 cost to clear their property, and they paid out of pocket for the rest.

The state has taken 17 months to provide any meaningful help because of a debate in the divided state Legislature over whether to fund riot rebuilding. This month, Minnesota economic development officials awarded the nonprofit Minneapolis Foundation $20.8 million from a state grant program approved by lawmakers this summer.

The three frontrunners in the mayor's race offered a range of plans to address economic development in the hard-hit corridors.

The three frontrunners in the mayor's race offered a range of plans to address economic development in the hard-hit corridors.

The incumbent, Jacob Frey, said he was not satisfied with the city's progress. If voters give him a second term, Frey said he would expand the city's commercial development fund that gives minority business owners the opportunity to buy the real estate under their business.

"The focus needs to be on (local businesses) because they’ve made these corridors like East Lake Street and West Broadway wonderful to begin with," Frey said in an interview. "It’s not just giving them the assistance like a paint job or a new façade or awnings. It’s also giving them the tools so they can reap the benefit of long-term economic gain and value – which we will see."

Knuth, a former three-term DFL state representative, said her goal would be to rally state and philanthropic funding for the rebuilding effort.

"We haven’t seen that as effectively as we need in the last 18 months," Knuth said in an interview. "I have great relationships with legislators who are still there working in the state House and state Senate. And that knowledge and those relationships would make me more effective in bridging that state-city collaboration more effectively."

"I’ve talked to some business owners who didn’t hear from the city at all after the uprising and weren’t aware of the services that were available to them," Nezhad said in an interview. "As a community organizer, I know the power of one-to-one outreach. That’s why as mayor, I would invest more in staff who can go directly out to speak with business owners." 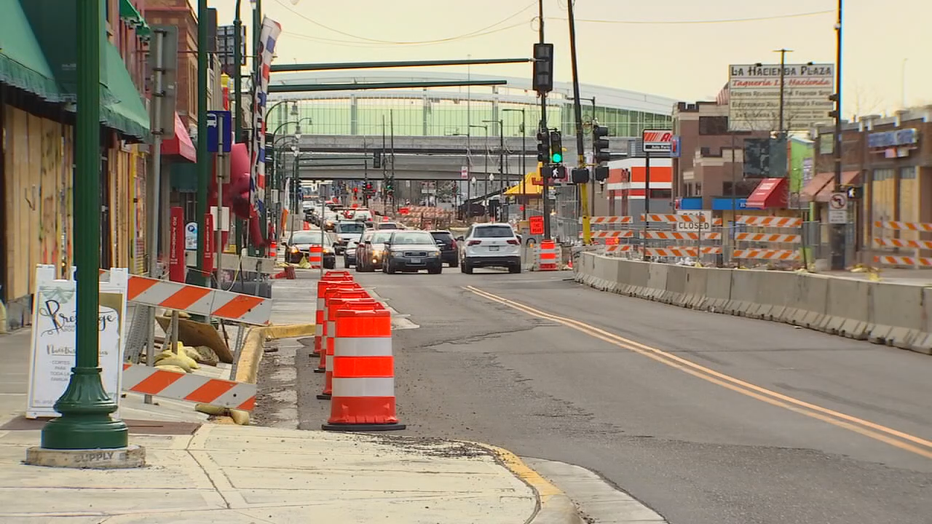 The people-elected mayor in November will need to be prepared to lead rebuilding efforts for Minneapolis businesses after 2020 unrest.

While the city readies for Election Day, some outside money is now flowing.

The pool of $20.8 million in state funds represents less than 10 percent of the overall need, but "a lot can be done with $20 million," said R.T. Rybak, president of the Minneapolis Foundation. Rybak was Minneapolis mayor from 2002-2013.

The foundation is undertaking a community input process and will make awards within a month or two. Consensus has already developed around some projects that will go forward, Rybak said.

Islam said he used to employ 25 workers cooking and serving food at his former Gandhi Mahal restaurant. Now, a smaller staff of 15 work out of a cramped kitchen in a rented building that he said can produce about half the revenue.

He planted a garden at the former Gandhi Mahal and has proposed a restaurant, theater, and community space at the vacant site. But like other business owners, financing for the project has been tough to secure, he and Prakasim said.

"It’s incumbent on our city officials to get to this business of rebuilding as soon as possible because Minneapolis has so much to offer," Prakasim said.