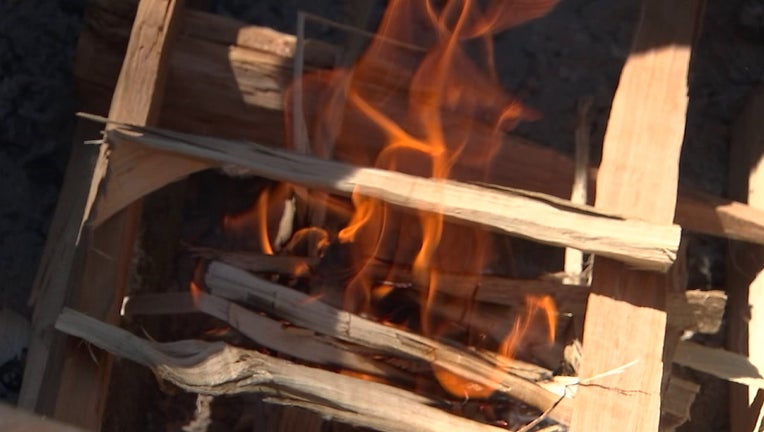 CAMBRIDGE, Minn. (FOX 9) - One small spark can lead to widespread destruction in the blink of an eye. That’s apparent when you look at the aftermath of the Vermillion fire, which burned more than 80 acres of marsh and swamp in Blaine.

Fire officials are investigating the possibility that Saturday’s fire was sparked accidentally by someone in the nearby neighborhood.

Wildfire warning: With dry conditions, a small fire can lead to destruction

One small spark can lead to widespread destruction in the blink of an eye. That’s apparent when you look at the aftermath of the Vermillion fire, which burned more than 80 acres of marsh and swamp in Blaine.

Spring is wildfire season in Minnesota and the Minnesota Department of Natural Resources is continuing to emphasize the importance of fire safety.

"We have the dry fuels, we have the dry air and then we throw wind in there as well…it really makes for volatile fire conditions," said DNR Wildfire Prevention Supervisor Allissa Reynolds.

Even if it has rained recently, grass can dry out very quickly.

"We can have rain in the morning, and they can burn one hour later or in the afternoon," said Reynolds.

That’s one reason why more than three dozen counties in Minnesota are under burning restrictions, but people are still allowed to have 3 ft. by 3 ft. campfires or yard waste fires.

Done with your fire? Make it cool to the touch

When you are done, it’s critical to ensure the fire is completely out and never leave a fire unattended.

"Drown it with water, stir it with a shovel, make sure it’s out cold and there’s no heat remaining," said Reynolds.

"It’s really important to get down there and touch it and make sure there’s no heat remaining. Fires can hold heat for a number of days or even weeks or months in the right conditions," said Reynolds.

Penalty for causing a wildfire

The cost of a wildfire can be more than just burned vegetation. If debris rekindles or if flames escape from a contained area, the person who set the fire is liable for any damage caused, as well as the cost of suppressing the fire.