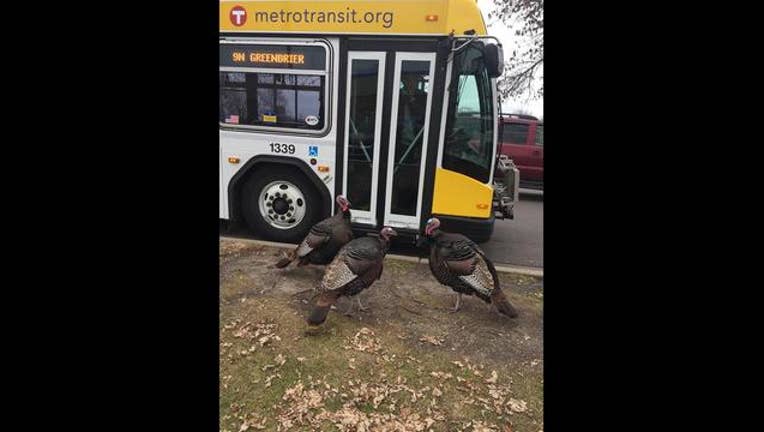 MINNEAPOLIS (KMSP) - A Metro Transit caption contest has quickly gone to the birds.

A bus customer shared a photo with Metro Transit of three wild turkeys, appearing to be patiently waiting to board the 9N bus. A call for comments on Facebook Wednesday sparked a holiday pun battle. The photo has been shared more than 500 times, garnering more than 900 comments.

Metro Transit officials say the Facebook comment on their post with the most reactions by Friday morning will win a $50 Go-To card. The top responses so far include:

"This bus is stuffed, we'll wait for the next one."

"Morty, I swear to God if I get bread crumbs shoved up my behind because you can't ask for directions..."

"Don't gobble up the gas! Birds of a feather commute together."