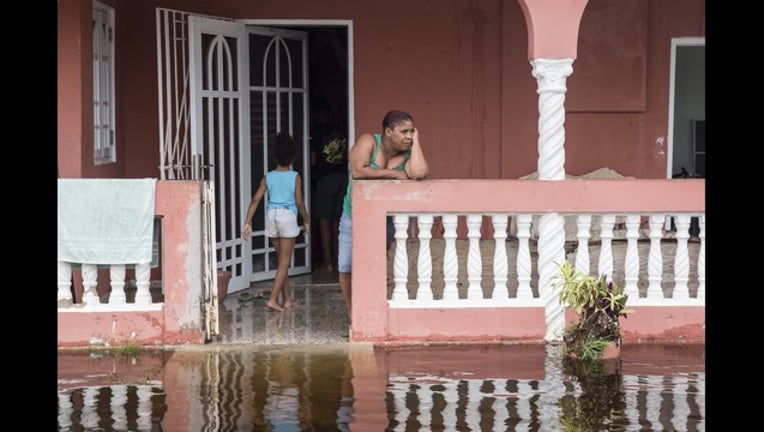 WASHINGTON (AP) - The Trump administration scrambled Friday to distance itself from the decision to award a $300 million contract to help restore Puerto Rico's power grid to a tiny Montana company from Interior Secretary Ryan Zinke's hometown.

The White House said federal officials played no role in the selection of Whitefish Energy Holdings by the Puerto Rico Electric Power Authority.

The administration disavowed the contract amid a growing number of investigations and a bipartisan chorus of criticism from Capitol Hill.

Trump spokeswoman Sarah Huckabee Sanders said Zinke had given the president his personal assurance that he had nothing to do with what she described as "a state and local decision made by the Puerto Rican authorities and not the federal government."

The interior secretary also issued a fiery denial on Twitter, saying "Only in elitist Washington, D.C., would being from a small town be considered a crime."

Whitefish Energy Holdings is headquartered in Whitefish, Montana, which has a population of about 7,200. Zinke, a former Montana congressman, knows Whitefish CEO Andy Techmanski. Zinke's son also had a summer job at a Whitefish construction site.

"I had absolutely nothing to do with Whitefish Energy receiving a contract in Puerto Rico," said Zinke in a statement linked to a tweet. "Any attempts by the dishonest media or political operatives to tie me to awarding or influencing any contract involving Whitefish are completely baseless."

Zinke acknowledged that after the company's initial contract was awarded, he was contacted by the company, though he did not give the name of the individual who reached out to him. Zinke said he took no action and that all relevant documents would be disclosed to "appropriate officials."

"I welcome any and all investigations into these allegations," Zinke said.

The Department of Homeland Security's inspector general, an agency watchdog, confirmed Friday that federal auditors will review the Whitefish contract.

"As part of their standard procedure, they will conduct vetting to look for the presence of any inappropriate relationships," said Arlen Morales, a spokeswoman for the inspector general's office.

The Federal Emergency Management Agency, which is part of Homeland Security, said it has not approved any reimbursement requests from the utility for money to cover ongoing repairs to the island's power grid following Hurricane Maria.

FEMA said in a statement that any language in the controversial contract saying the agency approved of the deal with Whitefish is inaccurate. The contract said the utility would not pay costs unallowable under FEMA grants, but it also said, "The federal government is not a party to this contract."

The agency said its initial review raised significant concerns about how Whitefish got the deal and whether the contracted prices were reasonable. The 2-year-old company had just two full-time employees when the storm hit Sept. 20. It has since hired more than 300 workers.

A price list attached to the Whitefish contract reviewed by The Associated Press sets rates for both workers and equipment to be paid by the utility: $20,277 an hour for a heavy lift Chinook helicopter, $650 an hour for a large crane truck, $322 an hour for a foreman of a power line crew, $319 an hour for a journeyman lineman and $286 an hour for a mechanic. Each worker also gets a daily allowance of $80 for food, $332 for a hotel room and $1,000 for each flight to or from the mainland.

Multiple congressional committees have opened investigations into the deal, the terms of which have triggered questions from both Republicans and Democrats. Sen. Claire McCaskill of Missouri, senior Democrat on the Senate Homeland Security and Governmental Affairs Committee, said the Whitefish contract "raises every red flag in the book."

"We are very proud of the work we are doing to restore power to the people of Puerto Rico under very difficult circumstances, and we respectfully ask that others await the facts before jumping to misinformed conclusions," the company said in a statement issued Friday. "We have one simple goal -- to restore power to Puerto Rico as quickly and efficiently as possible."

Puerto Rico Electric Power Authority director Ricardo Ramos has praised the work performed so far, saying the company's was the only offer the utility received that did not require a down payment. The power company is $9 billion in debt and was already struggling to provide service amid ongoing power outages before hurricanes Irma and Maria hit last month.

"There is nothing illegal going on here," Ramos said Thursday.

A federal control board that oversees Puerto Rico's finances said this week it had appointed a former military officer to oversee the work. Retired Air Force Col. Noel Zamot will be responsible for speeding up reconstruction efforts and overseeing coordination with the board, Puerto Rico's government and the federal government.

It was not immediately clear whether Zamot would have the authority to void Whitefish's contract, although under the contract the utility can suspend or terminate the contract "for any or no reason" after providing written notice to Whitefish and compensating the company for actual expenses.

About 75 percent of the U.S. territory remains without power more than a month after the Category 4 storm made landfall.

Puerto Rico Public Affairs Secretary Ramon Rosario told reporters on Friday he wasn't familiar with the contract's details when asked why it includes a clause that prohibits an audit or review of "the cost and profit elements of the labor rates."

Rosario said only that Puerto Rico's governor already has requested an audit and that the government will turn over all pertinent documents.

"There obviously needs to be transparency," Rosario said. "If anyone did anything illegal, let them fry in jail."