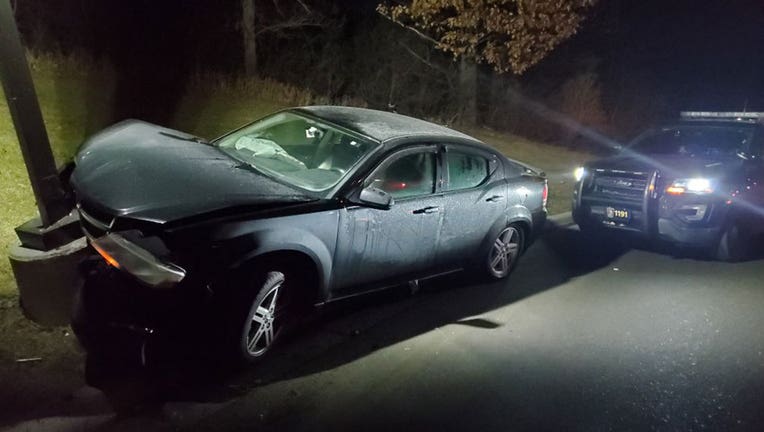 The aftermath of the DWI crash in Chaska over the weekend. (FOX 9)

CHASKA, Minn. (FOX 9) - A woman is facing charges in Chaska after police say she was driving at nearly three times over the legal limit over the holiday weekend.

Chaska police responded shortly after 2 a.m. on Black Friday after a crash at a gas station where they say the driver hit a light pole.

When police asked her to do a field sobriety test, the woman responded: "What's the point, I'm drunk."

The driver ultimately registered a .231% blood-alcohol content. No one was injured in the crash.