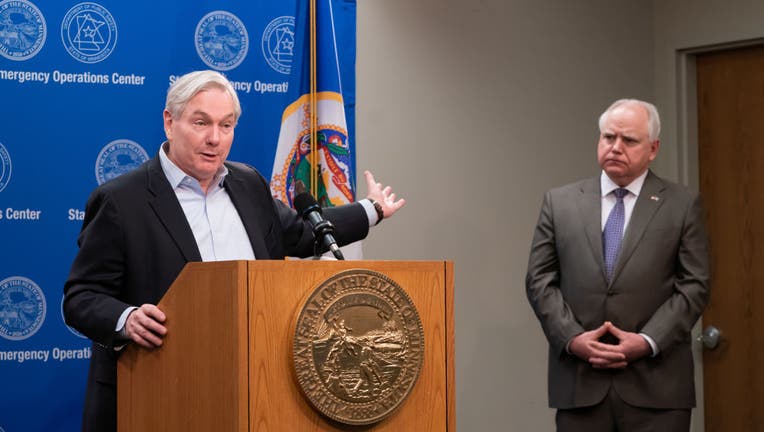 Federal officials shifted the nation’s vaccine strategy on Tuesday, eight days before President-Elect Joe Biden is to take office, saying states should begin vaccinating older adults over 65 and those with documented pre-existing conditions.&nbsp;&nbsp;

"We just learned what you did," said Kris Ehresmann, Director of Infectious Disease Epidemiology for the Minnesota Health Department (MDH) on a conference call with reporters.  "We are at the point of trust but verify."

Minnesota health officials are waiting to see if the federal government will increase its vaccine allotment, which would be necessary to ensure the recommended second dose of the vaccine.

The change in strategy is the latest glitch in the largest mass vaccination in human history.  So far, the promises have come up short.

"We have done a terrible job in this country of explaining what these vaccines are and telling the story of ‘Warp Speed,’" said Dr. Mike Osterholm, of the University of Minnesota’s Center for Infectious Disease Research and Policy (CIDRAP).

Operation Warp Speed developed CoVid vaccines in record time.  But for many, the roll out of the vaccine has looked more like a stagecoach.

President-Elect Biden has promised 100 million vaccine doses in his first 100 days of office.  A goal Osterholm sees as "aspirational."

The critical link in that chain, he said, is not just the last mile, it is the last inch, when a shot finally goes in an arm.

Another 100,000 doses are being distributed by pharmacy partners to long-term care facilities.  MDH officials have said there have been significant delays in that program which is administered by the federal government.

MDH officials say a time lag in the data means it may be up to 72-hours out of data.  There are also delays in processing requests.

The federal government informs Minnesota of its vaccine allocation on Tuesdays.

But Minnesota health officials can’t place the order until the following Thursday.

By the time the vaccine arrives in Minnesota and reaches its final destination, it will be the following Friday, a full ten days after the initial allocation.

"This is fundamental retail economics, how do you avoid stock outs?" said Kingshuk Sinha, who studies medical supply chains at the University of Minnesota’s Carlson School of Management.

Sinha said some of the difficulty is with the vaccine itself, which requires two doses weeks apart, and needs to be stored and transported at minus 90, in a so-called ‘cold chain.’

But Sinha said there must also be a ‘fundamental shift’ in thinking.

"Not only do our citizens have to go to care, but let’s bring care to the people, said Sinha.

Many experts say the current vaccine distribution, emphasizing hospitals and clinics is too slow, and are encouraging large scale ‘vaccination events.’

There are also calls for more targeting of marginalized groups that suffer with health care disparities.

"The conventional wisdom is if you go at this rate it will take about three years to get herd immunity.  It’s completely unacceptable," said Sinha.

Osterholm agrees.  "I think it’s all of the above.  Throw everything at this you can."

But the current vaccination effort, perhaps the most massive in recent history, also takes place during one of the most turbulent times in America, when distrust of institutions, even science, is at an all-time high.

"There are those who believe pandemic is not real, that it is some politically motivated activity and those are going to be a challenging group to get vaccinated, if they ever will," said Osterholm.

Asked when the nation might achieve ‘herd immunity,’ Osterholm said he hoped to take his grandkids to a Twins game in late Spring or early Summer.  He hopes.

"You know, at this point, it’s really in our hands and I don’t know what that means," said Osterholm.