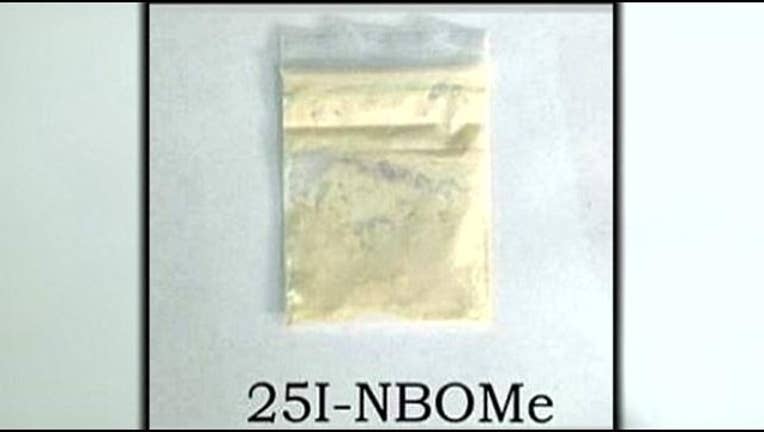 Police and school officials in Eau Claire, Wisconsin have issued a warning about the emergence of a synthetic LSD-type drug called 25D-NBOMe – commonly called N-Bomb.

Eau Claire police said one adult and several juveniles were in possession of the drug at North High School on Dec. 11 – the first incident involving N-Bomb in the city.

While the drug is new to parts of western Wisconsin, it has already had a deadly impact across the border in Minnesota. 17-year-old Tara Fitzgerald of Woodbury, Minn. died of an N-Bomb overdose on Jan. 11, 2014. Initial reports indicated she had taken a substance similar to LSD and was brought to Regions Hospital in St. Paul where she was pronounced dead. The medical examiner confirmed the cause of death as complications of 25i-NBOMe toxicity.

In November, Lakeville school issued a warning of their own that N-Bomb is "being used and distributed in Minnesota high schools."

"Awareness of this drug's existence and the safety of our students is of primary concern," the school district said in a letter to families. "The District will continue to work closely with the Lakeville Police Department to educate our students about the dangers of this drug."

We want to make you aware of an illegal drug that is apparently making its way into the Chippewa Valley. Members of the Eau Claire Police Department tell us that this compound drug is a type of synthetic "acid" and goes by the name of 25 (D or 1 or I) NBOME. It is typically abused by applying the liquid form to small sheets of blotter paper (stamps) of which small portions (tabs) are held in the mouth for absorption.

The drug produces effects similar to LSD and is increasingly popular due to its potency and much lower cost than so-called classical or traditional psychedelics. Reports of deaths and significant injuries have been attributed to its use.

Some noted physical/behavioral symptoms of someone under the influence of 251 include the following:

Our student's safety and well-being are our highest priorities. The Eau Claire Police Department continues to work closely with school staff to maintain the safety of our students. Recently an incident involving the use of this drug occurred at North High School. The school administration and police took immediate action to address this matter.

We most certainly wish to protect our students from any future incidents that might involve the abuse of this drug. Please contact the Eau Claire Police Department if you have information to share about the use or distribution of this drug. Please feel free to contact your school's principal if you have questions or concerns about the information contained in this message.