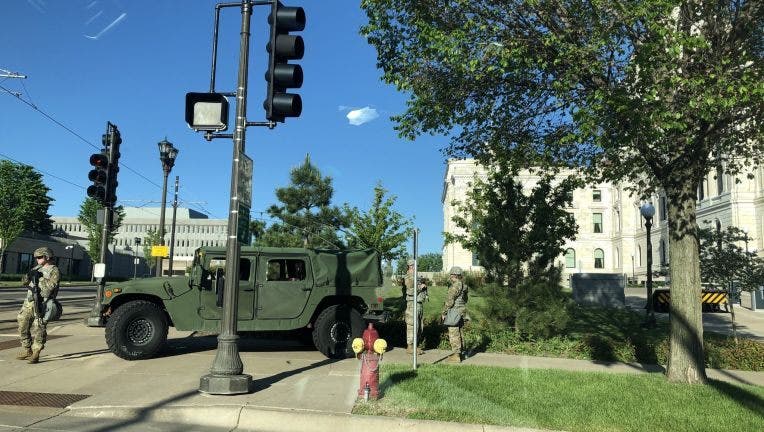 National Guard soldiers set up near the Minnesota State Capitol on Saturday.

MINNEAPOLIS (FOX 9) - Minnesota Gov. Tim Walz said Monday the National Guard troops deployed to Minneapolis and St. Paul to quell the escalating unrest in the area will start going back home in an “orderly way.”

Maj. Gen. Jon Jensen said "part" of the Guard will return back to their hometowns as early as Monday afternoon.

"Our plan will remain flexible,” he said, adding it can be reversed if the security situation in the Twin Cities worsens.

Jensen says he has "guaranteed" that the front line National Guard support seen Sunday night will be in the Twin Cities again on Monday night and for an "unspecified" amount of time.

Walz fully mobilized the National Guard Saturday in response to riots in Minneapolis and St. Paul--the first time in the state's history the full National Guard had been activated.

Jensen said more than 7,000 Guardsmen have been mobilized. Many are supporting front-line troops, and a more "stable" position allows some supporting members to go home.

"If we're the last agency in, we should be the first agency out," he said.