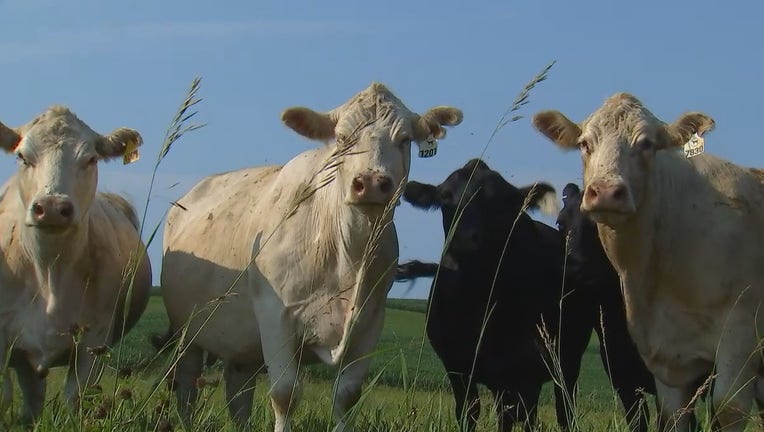 A herd of cattle grazes on a farm in Goodhue County, Minnesota. (FOX 9)

ST. PAUL, Minn. (FOX 9) - Minnesota Governor Tim Walz is asking the U.S. Department of Agriculture to open some lands in the Conservation Reserve Program (CRP) for emergency haying and grazing to help farmers impacted by the drought.

Walz sent a letter to the USDA on Wednesday sharing his support for the emergency usage for Minnesota counties experiencing level D2 or greater drought conditions. As of July 8, about 40 percent of Minnesota is at D2 or greater, according to the U.S. Drought Monitor.

Due to the drought, the quality of forage on the CRP lands will continue to deteriorate. If farmers don't receive access until Aug. 1, they may lose out on getting the quality feed to their livestock. In the letter, Walz said the urgency of his request "cannot be overstated."

"If producers cannot get quality feed to their livestock, they will have no other options than to sell animals or purchase hay to haul in," he wrote.