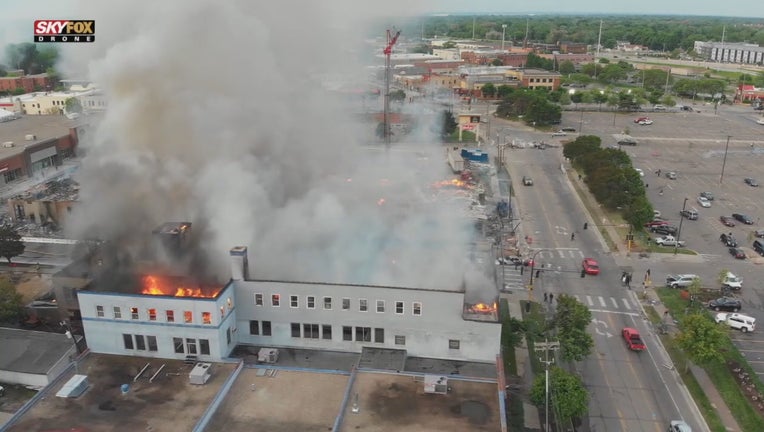 Hundreds of businesses and buildings were damaged or destroyed in the riots that followed George Floyd's death. (FOX 9)

ST. PAUL, Minn. (FOX 9) - Minnesota Gov. Tim Walz has asked President Donald Trump for a federal disaster declaration to deal with damage from the late May rioting in Minneapolis and St. Paul.

Without federal disaster assistance, “Minnesotans will struggle to return their communities to normalcy,” Walz wrote in a letter to Trump on Thursday.

More than 1,500 businesses were damaged by vandalism, looting or fires, causing at least $500 million in damage.

Federal charges have been filed against 10 people for rioting and arson, Walz told Trump.