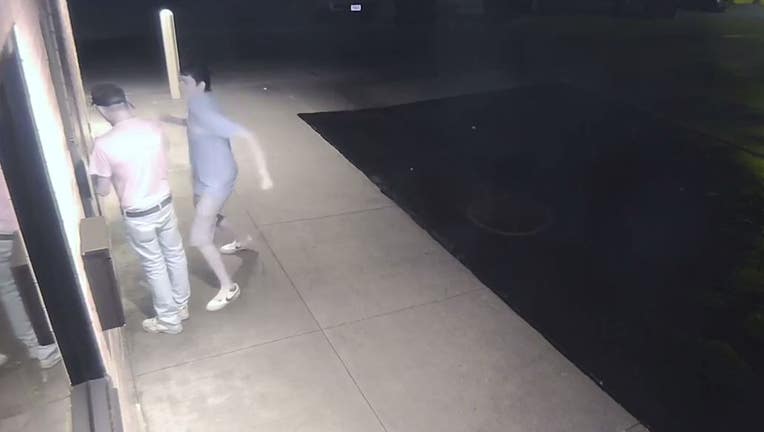 LA CROSSE, Wis. (FOX 9) - As 59-year-old Jim Davenport prepares to undergo several dental procedures after he was attacked outside a La Crosse, Wisconsin drive-in, he now calls on the young man responsible for his injuries to come clean.

“He hit me and he was gone,” Davenport recalled.

Victim of unprovoked attack in La Crosse, Wis. calls on suspect to turn himself in

As 59-year-old Jim Davenport prepares to undergo several dental procedures after he was attacked outside a La Crosse, Wisconsin drive-in, he now calls on the young man responsible for his injuries to come clean.

Davenport, a long-time maintenance employee at Rudy’s Drive-In, was punched and knocked to the ground by the suspect police identify as 21-year-old Gerald Pemberton.

"I’ve been a little more observant of people walking through I guess," Davenport said.

The attack cost him two teeth and his sense of security, he said.

"I just thought he was a college kid cutting through," Davenport admitted.

College kids and the homeless aren’t uncommon sights for Davenport ahead of his early morning shift at the restaurant.

"I was just at the door, ready to open it up and walk in. The guy was walking down the alley," Davenport recounted. "I said 'hi' to him. He walked over and punched me and that was it."

Once back up on his feet, Davenport went inside, called police, and despite the pain completed his shift.

"He knocked me down pretty good," he said. "I scraped my arm. Somehow I broke a necklace I had on; I don’t know how that happened. And my hip hurt, my jaw hurt, more on the opposite side of where he hit me."

Fortunately, surveillance captured what Jim couldn’t get a glimpse of – Pemberton’s description.

"[Police] had other reports of incidents that night, they thought it was the same guy," Davenport shared.

Even at his age, Pemberton has a rap sheet. According to court records, Pemberton is guilty of a 2016 battery charge in Monroe County. That same year, he pled guilty to an underage drinking or possession charge. His license was suspended. Police caught Pemberton the following year driving on that revoked license.

"I wish they’d have caught him already," Davenport tells FOX 9.

"The best thing you can do is turn yourself in," Davenport said, adding, "at this point, where are you going to go?"

Police urge you to call to call them if you know where Pemberton is. You can remain anonymous by calling the La Crosse Area Crime Stoppers at 608-784-TIPS.