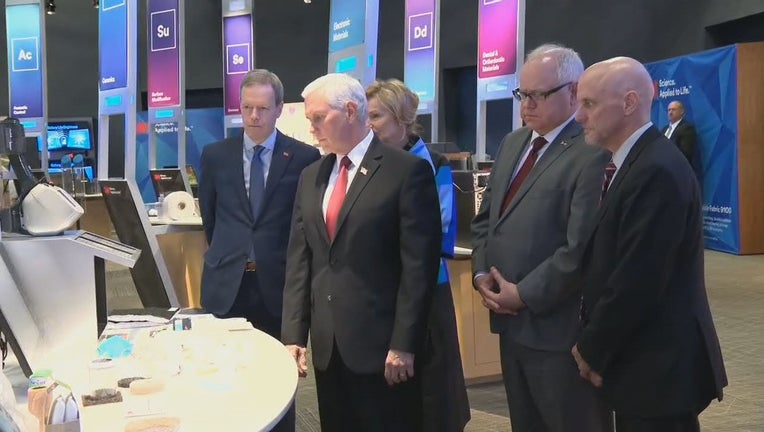 Pence projected confidence about the U.S. response to the virus, which has sickened more than 97,000 worldwide and has alarmed public health officials, but he acknowledged a potential future shortage of respiratory masks and testing kits.

“We are ready today, but we want to be ready tomorrow,” Pence told reporters. “As we are expanding testing around the country, there are going to be more cases. We’re going to find more Americans have contracted the coronavirus.”

Pence credited 3M executives for maximizing production of the company’s respiratory masks and warned healthy Americans not to buy the masks, to conserve them for health care workers and those who get infected.

“That’s one of the ways the American people can help us, making sure the medical equipment is available broadly, by not buying masks and not taking them off the market, so that they’re available for people who may become ill,” he said.

Dr. Deborah Birx, the White House’s coronavirus coordinator, said commercially available masks don’t protect a healthy person because air is pulled in from the sides of the mask. But sick people can prevent the spread of the virus by wearing a mask, which will stop excretions from the mouth and nose, she said.

3M makes millions of the masks every month, and the vice president said Congress should explore legal changes to allow the company to sell more of the masks. On Thursday, the Senate approved an $8.3 billion spending bill to deal with the coronavirus. The House previously passed the measure, meaning it goes to President Donald Trump for his signature.

Pence said the federal government is working with commercial labs to increase the availability of coronavirus test kits. This week, 1.5 million tests went to hospitals and states that are seeing an outbreak.

“We don’t have enough tests today to meet what we anticipate will be the demand going forward,” Pence said. More tests will be available in “a matter of weeks,” he said.

“We’ve been doing that since Monday morning. We do not yet have the capacity for everyone who wants a test to get a test,” Malcolm said.

Pence spent less than three hours on the ground in Minnesota. After the tour, he returned to Air Force Two and flew to Washington state, the epicenter of the U.S. outbreak. Ten people have died in the state.

Pence canceled plans to attend a campaign rally in downtown St. Paul on Thursday evening to attend to the coronavirus issue. His wife, Karen Pence, did the rally instead.