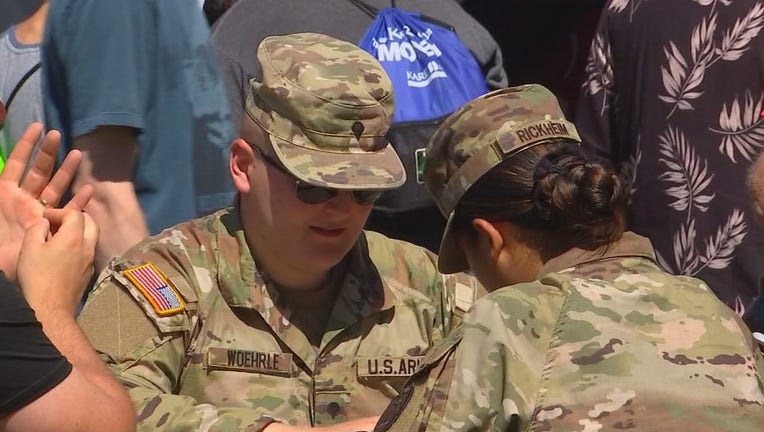 Members of the military attend the Minnesota State Fair. (FOX 9)

FALCON HEIGHTS, Minn. (FOX 9) - Military Appreciation Day at the Minnesota State Fair is part annual tradition, part display of gratitude, and part therapeutic for all those who’ve served. In the wake of the withdrawal from Afghanistan, it also became a day of reflection for veterans.

"They just want somebody to tell their story to and to share a connection, and that’s what we’re here to do is share the connection," said Amy Goossen of the Minnesota Air National Guard.

During Military Appreciation Day at the Minnesota State Fair, veterans shared their thoughts on the latest news from Afghanistan.

For service organizations that help vets reintegrate to coming home, they’ve heard the mixed feelings of those who served in Afghanistan - vets who feel the United States needed to leave, vets depressed it all might have been for nothing. The groups tell them it wasn’t.

Bob Bohnsack served in Vietnam. He says the Afghan airlifts scenes were certainly reminiscent. The difference is that Afghanistan was lost in days, not years.

"Maybe we should have learned our lesson from the Russians?" said Bohnsack. "They got kicked out of there and stuff. They couldn’t make it work."

Hill served in 2004 and even then wasn’t sure the country would stand on its own.

"The biggest part of our mission was to get their army to defend their own nation and we worked a lot with them, training them, fighting with them, and as soon as we left, we knew they were going to be gone," said Hill.