The structure for the new barn is in place in Chatfield, Minnesota.

CHATFIELD, Minn. (FOX 9) - Corey Hoffman’s family has been milking cows at their Chatfield, Minnesota dairy farm for more than a century. Lately, he’s been waiting ‘til the cows come home.

Hoffman, a fourth-generation family farmer, has been rebuilding his 290-foot barn with insurance money after a February blizzard collapsed a roof that was too weak to withstand the storm. He expects to resume milking in October with cows his family has bought from another farm.

Months after a blizzard brought down the family's barn, a dairy farm is starting fresh.

“It’s definitely led to more optimism in us,” Hoffman said. “We went from the lowest of lows, to milking again in two and a half weeks.”

At least 45 barns collapsed in Minnesota under the weight of heavy snow this winter, during record storms that also shut down highways and stranded drivers. Several farms are rebuilding with zero-interest state loans approved by Gov. Tim Walz and lawmakers earlier this year. Others, like the Hoffmans, are using insurance money. Some didn’t rebuild. 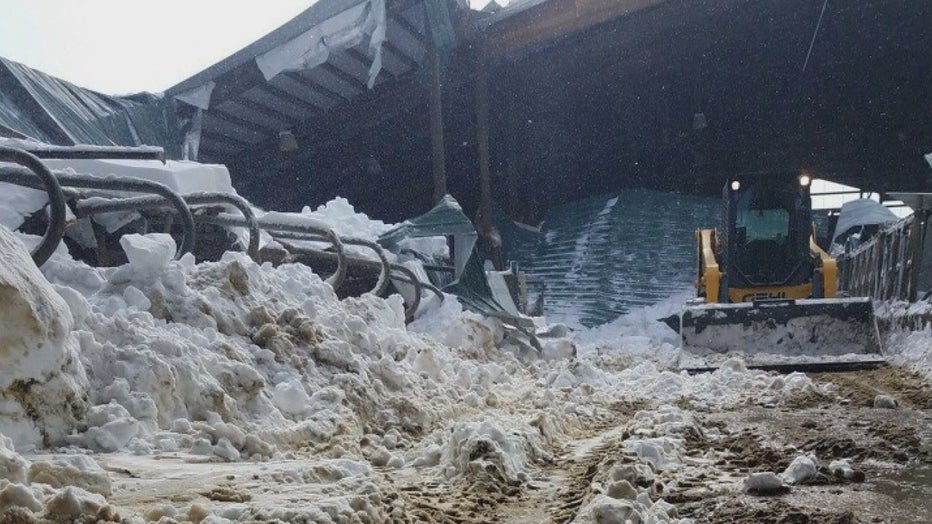 The blizzard's snow was too much for the old barn to handle, the farmers say.

Beyond the financial impact, the disaster had an emotional one. About fifteen of Hoffman’s cows died in the roof collapse. He had nowhere to house more than 400 others, so he sold the herd to a friend.

“My great-grandfather started in 1903. So, for 116 years, we’ve milked cows – up until we had to move them out of here,” Hoffman said. “After the cows left, it really started to sink in what happened, losing the animals.”

Hoffman said his barn’s roof collapsed in four sections, leaving only 60 of the 290 feet of roof intact. He said the barn, which was built in 2007, was not build strong enough to withstand the Feb. 24 storm. 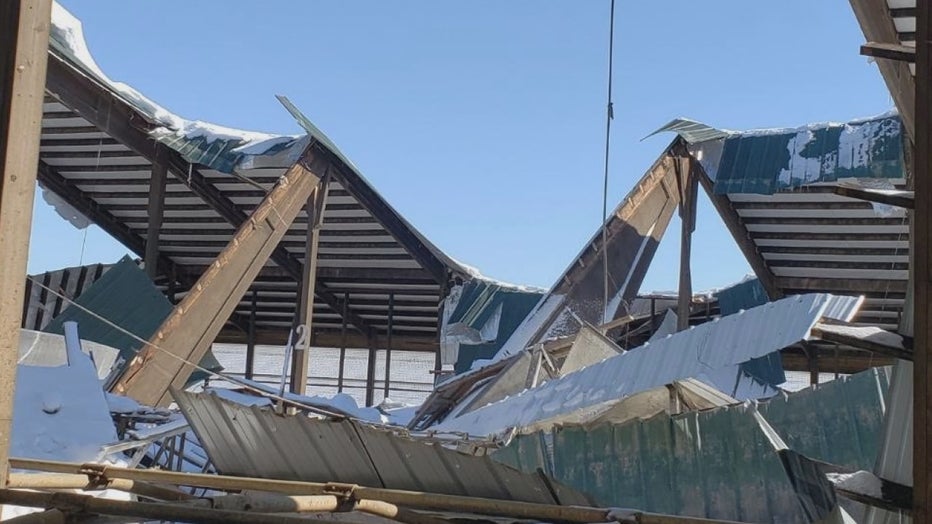 The heavy snow left a huge hole in the roof.

The Hoffmans waited three months before their insurance company agreed to pay their claim, Hoffman said.

“We didn’t know how insurance would come out for us, if we were done farming forever, or what the future held,” he said. “If insurance didn’t cover this, there was no way we could afford to rebuild.”

The state is helping 18 other farms rebuild with no-interest disaster loans, totaling more than $1.1 million, state Agriculture Commissioner Thom Peterson said. Farmers have one year from the storm to apply for state aid, and Peterson said he expected a few more farms would.

The natural disaster came at a difficult time in the farming industry, especially for dairy farms, which have been losing money for five years because of low milk prices. Prices have ticked up in 2019, but dozens of farms have entered bankruptcy.

Hoffman said an outpouring of support from the farm community helped him through the disaster.

His family has bought 350 cows from another farm, and Hoffman said the new barn is being built strong enough to withstand a similar blizzard.

“It’s going to be very very emotional [on the first milking day], I know that,” Hoffman said. “Hopefully we all stay busy and don’t let it sink in, but I’m sure there will be a few tears shed.”