Vaping could cause tooth decay and potentially lead to oral cancers, experts say

Experts are voicing their concerns that vaping not only poses the same risks as cigarettes, but creates new ones consumers should be wary of.

LOS ANGELES - Cigarette smoking may be on a steady decline, slowly being replaced by vaping, but experts are voicing their concerns that vaping not only poses the same risks as cigarettes, but creates new ones consumers should be wary of.

“E-cigarettes are not safe and are not a healthier alternative to tobacco cigarettes, period,” Dr. Heather Kunen, DDS, MS, orthodontist and co-founder of Beam Street Dental Clinic in New York, told Healthline.

While electronic cigarette companies like Juul promote themselves as an alternative to cigarettes, a single Juul cartridge is roughly equal to one pack of cigarettes, or 200 cigarette puffs, according to truthinitiative.org.

Experts say that vaping can lead to oral health risks, specifically in your teeth.

“I tell them that if they continue to smoke or vape, their breath will smell and that they will have an increased risk of losing their teeth,” said Kunen. 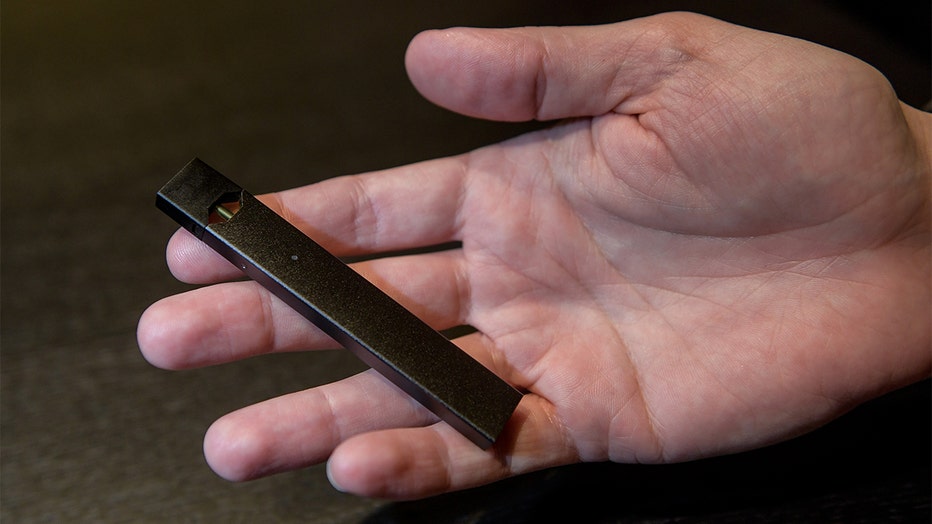 FILE - A man holds an e-cigarette of the manufacturer "Juul" in his hand.

rnative to cigarettes may seem appealing to consumers, but is false.

“Their sleek appearance and vapor-like aerosol masks the danger that lies within. The high popularity of Juul and other e-cigarettes, especially among the young population, should be of major concern and the associated risks of e-cigarettes must be more highly publicized,” said Kunen.