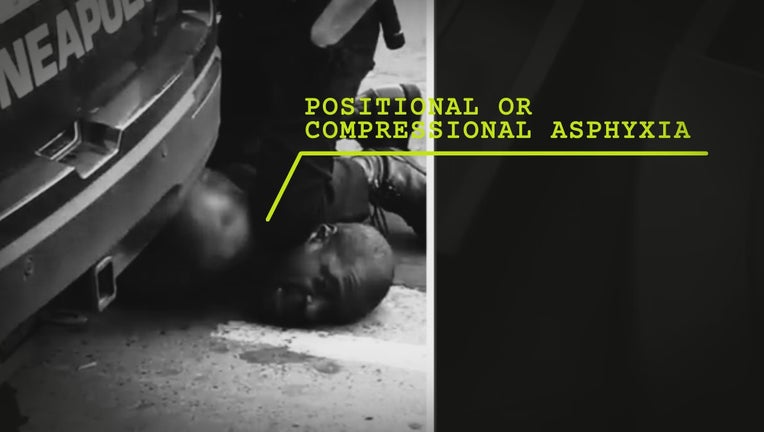 Use of force experts weigh in on moments leading up to George Floyd's death in Minneapolis.

MINNEAPOLIS (FOX 9) - Even national experts in police use of force struggled with words to describe the video of a Minneapolis Police officer with his knee on George Floyd’s neck.

Use of force experts say the police officers' actions leading up to George Floyd's death are some of the worst they've seen.

“It is very egregious,” said Tim Williams, a former Los Angeles Police detective and author of A Deep Dive: An Expert Analysis of Police Procedure, Use of Force, and Wrongful Convictions. “It didn’t have to happen.”

Christine Cole, director of the Crime & Justice Institute in Boston, a criminal justice reform think tank, said she was also disturbed by the conduct of the three other officers at the scene.

“Certainly, these officers seem to operate with a callous disregard for people in distress,” said Cole.

And while what happened before the 10 minute video is not clear, all three experts said the video shows there wasn’t just one mistake, but a series of errors that built upon each other, apparently leading to the death of George Floyd.

“It’s like a checklist of things done incorrectly,” said Stoughton.

Stoughton, who is a former police officer, said that is a technique you won’t find in any current training manual and it should only be used for a brief period until a suspect could be placed in handcuffs.

The knee should instead be placed on a suspect’s shoulder area, putting pressure on the upper back.

Pressure on the neck, while in a prone position, can cause someone to suffocate, a condition known as ‘positional asphyxia’ or ‘compressional asphyxia.’

Leaving a handcuffed suspect prone, on their stomach, can asphyxiate them especially if they are obese, frail, or already have compromised breathing.  This can also happen if someone is exposed to pepper spray or under the influence of narcotics.

A knee to the neck can also damage the cervical spine or fracture the hyoid bone.

Williams, who is often a consultant in use of force cases, said it was one of the worst cases he has seen in more than 40 years in law enforcement. Most disturbing is that Officer Chauvin’s knee remains on Floyd’s neck even after it appeared he had lost consciousness, for nearly four more minutes.

“Even after he is unresponsive, the knee was still on there, to me that is at the top of egregious,” said Williams.

Stoughton agreed. “I don’t know if I’ve ever seen officers’ maintain position for four minutes after he’s rendered unconscious. That is mind boggling.”

No one appears to check Floyd’s pulse until paramedics arrive.

Cole said there are three criteria generally used to evaluate use of force: Is it proportional? Is it necessary? And is it objectively reasonable?

“The distress of the passers-by suggest it’s not objectively reasonable, based on what they see,” said Cole.

Witnesses can be heard begging the officer to remove his knee from Floyd’s neck. All the experts said the three other officers on the scene had a duty to intervene. Instead, Cole said, they seem oblivious to what’s happening.

All three experts said the lack of intervention by the other officers could speak to broader issues of the culture inside the Minneapolis Police Department.

Frame by frame, the experts see plenty that went wrong, and not a single thing done right.