(FOX 9) - As a professional photographer, Sharolyn Hagen is used to bringing her subject's inner beauty to the surface. Now she is helping people who have Vitiligo see themselves in a different light.

"I want the people in the pictures to feel powerful and beautiful," Hagen told FOX 9.

After Hagen was diagnosed with the disease where her immune system attacks her pigment cells back in 2016, she started using her photography skills to document the changes her body was going through using a black light.

Hagen says the ultraviolet light helped illuminate the white patches on her skin in areas she couldn't see with her naked eye.

"A lot of people who have Vitiligo will tell you they avoid black lights because the spots just pop. It adds a lot of contrast," Hagen said. 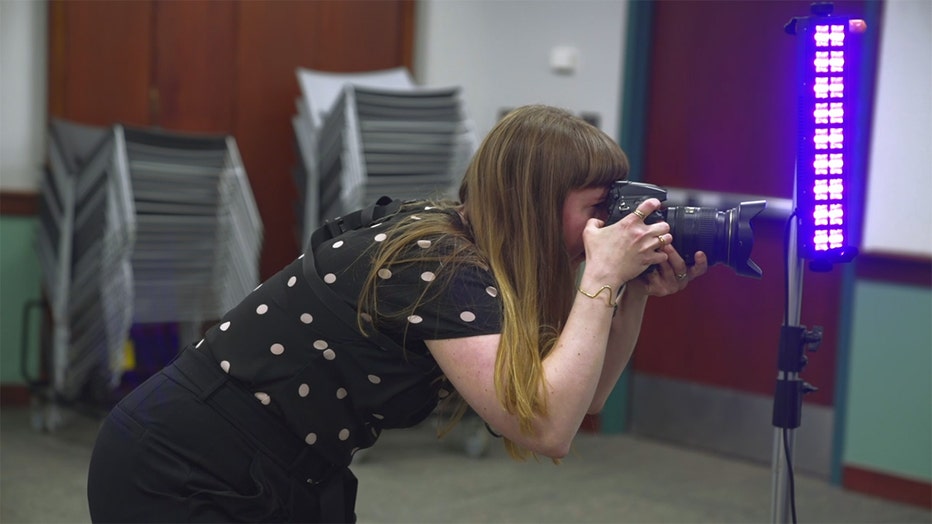 As a professional photographer, Sharolyn Hagen is used to bringing her subject's inner beauty to the surface - helping people who have Vitiligo see themselves in a different light.

When Hagen joined the Vitiligo support community, Minnesota VITFriends, she decided to take black light pictures of other members as well.

Some will be on display in a special photo exhibit at Southdale next month called "I Can Tell" to raise awareness about the disease and Minnesota hosting the World Vitiligo Day Conference in June.

"We've heard so many times, 'it doesn't affect people with light skin – ‘It's a black disease' – and it really isn't. It affects everyone. A lot of people, they can't see it. They can't tell. We can tell," Minnesota VITFriends chapter leader Alicia Roufs said.

Hagen hopes the photos offer a different perspective of Vitiligo and bring the effects of the disease on the people who have it to light.

"You may not see it. We may hide it with make up or clothing but we see it every day,every night it's there for us," Hagen said.