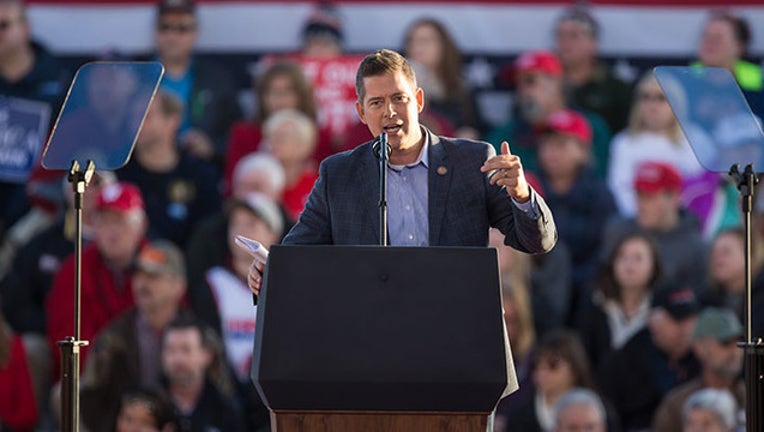 U.S. Rep. Sean Duffy (R-Wis.) talks to the crowd before U.S. President Donald Trump makes an appearance at a rally on October 24, 2018 in Mosinee, Wisconsin. (Photo by Andy Manis/Getty Images)

(FOX 9) - U.S. Rep. Sean Duffy, the Republican who represents central and western Wisconsin in Congress, says he will resign next month because his ninth child due in October has a heart condition.

"With much prayer, I have decided that this is the right time for me to take a break from public service in order to be the support my wife, baby and family need right now," Duffy said in a Facebook post. "It is not an easy decision – because I truly love being your congressman – but it is the right decision for my family, which is my first love and responsibility."

Duffy, who was first elected in 2010, gained prominence as a fierce defender of President Donald Trump. His district was once considered a swing seat in Congress, but has turned deep red in recent years.

Duffy won his 2018 re-election campaign with 61 percent of the vote.

He had considered challenging Democratic U.S. Sen. Tammy Baldwin in 2018, but ultimately decided against a Senate bid. Duffy also cited family priorities in that decision. For years, he has been rumored as a future Republican candidate for Wisconsin governor.

Duffy has one of the largest campaign war chests of any member of Congress from the Upper Midwest: as of June 30, his campaign reported having $2.2 million on hand.