U of M gives Gabel a raise after contentious debate; compensation likely tops $1 million next year

The University of Minnesota Board of Regents gave President Joan Gabel a significant pay boost Friday to move her salary closer to the midpoint of Big Ten presidents, overriding concerns about executive pay during a passionate debate.

MINNEAPOLIS (FOX 9) - The University of Minnesota Board of Regents gave President Joan Gabel a significant pay boost Friday to move her salary closer to the midpoint of Big Ten presidents, overriding concerns about executive pay during a passionate debate.

Gabel's total compensation will likely top $1 million next year under the terms of her new contract, which is a 35 percent increase. Regents approved the revisions on a 9-2 vote.

Supporters said it was imperative because Gabel, who had been toward the bottom of Big Ten presidents, is being courted by other universities.

"She is a commodity that is wanted around this country. Guaranteed. She’s already had two offers," said Steve Sviggum, the board's vice chair. Sviggum described the offers as coming from schools in the southeast U.S.

The U hired Gabel three years ago from the University of South Carolina. At the time, regents gave her a five-year contract with a $640,000 base salary and annual retirement contributions that increase from $150,000 to $165,000 over the life of the contract.

Under the new terms, Gabel is set to receive $705,000 in base salary and $250,000 in retirement contributions next year. She'll be eligible for a $100,000 performance bonus decided by the board chair, a $10,000 car allowance and $15,000 for comprehensive health screening called an executive physical. Her annual total compensation would reach nearly $1.2 million by the final year of her contract.

Regents James Farnsworth and Darrin Rosha voted against the proposal. Both criticized a lack of transparency on the proposal.

"Bringing this in front of the board with limited engagement during final exam season for our university community and amid the continuing challenges from the COVID-19 pandemic has produced dynamics that I believe were avoidable," Farnsworth said. 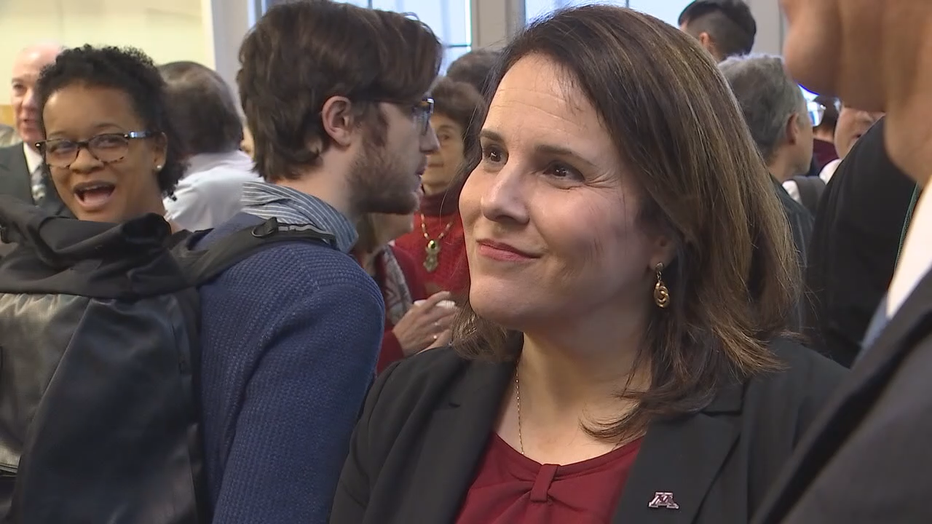 Student groups and some Republicans said the pay raise was out of touch.

"What about your most important and key stakeholder? What about the very individuals who make up the very fabric of our beloved land grant institution?" said Gurtaran Johal, a student representative to the Board of Regents.

Gabel's supporters accused critics of sexism, contrasting the objections to Gabel's salary with the quick approval for football coach PJ Fleck's contract extension this fall. The board increased Fleck's base salary and bonuses while adding two additional years.

"The instances where someone on this board has either pulled an employment agreement from the consent agenda and raised concerns about pay or objected to pay in the last few months, they’ve been those for women," Regent Kodi Verhalen said. "And I find that troubling."

Supporters of the new contract said it was the cost of doing business. Last week, Penn State University hired a new president and will pay her $1.4 million in total compensation next year, provide a car, and offer a $1.25 million bonus if she stays five years.