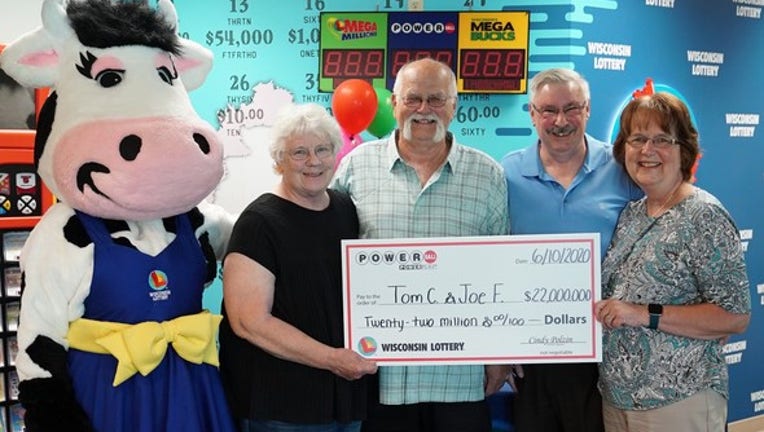 MADISON, Wis. (FOX 9) - Two friends shook hands in 1992 and said they would split the winnings if either one of them won the Powerball jackpot.

Now 28 years later, Tom Cook and Joe Feeney followed through with their agreement and have claimed the latest Powerball ticket in Wisconsin, winning the $22 million jackpot.

Each person took home about $5.7 million after federal and state taxes from the chosen cash option of about $16.7 million, according to the Wisconsin Lottery.

Menomonie resident Feeney bought the lottery ticket at Synergy Coop Exit 45 on 2100 County Rd. B in Menomonie. When he realized he won, he called Cook, who lives in Elk Mound, to tell him the news.

Now, both men are retired and look forward to enjoying more family time and taking road trips with an upgraded vehicle.

“We can pursue what we feel comfortable with. I can’t think of a better way to retire,” Cook said in the press release.