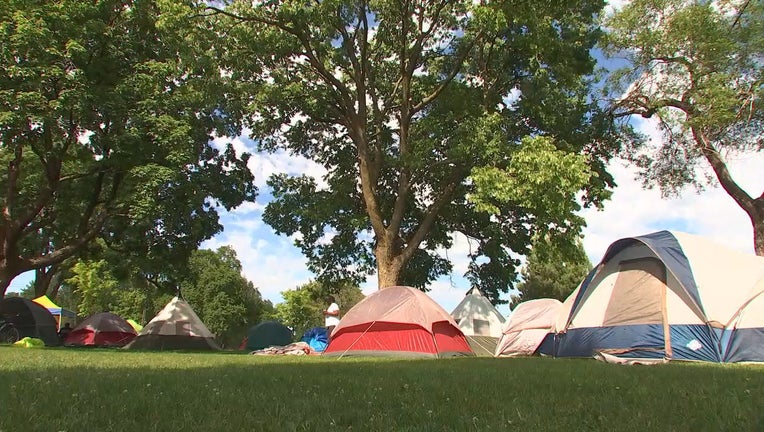 Hundreds of tents were part of two encampments at Powderhorn Park in Minneapolis. (FOX 9)

MINNEAPOLIS (FOX 9) - Tribal leaders and state lawmakers want desperately to find a solution for the homeless in Minneapolis, but there is no easy answer.

With the homeless encampment cleared out of Powderhorn Park last week, the problem is only getting worse.

When the deadline came to clear the park, most went peacefully, but the Minneapolis Park Board says by the end of the day, there were a few who refused to go.

“When I arrived on the scene, it was actually right here. There was a perimeter being held by the Park Police and a group of neighbors upset about what they had seen,” said Rep. Aisha Gomez, of Minneapolis.

The Minneapolis Park Board says 20 people were arrested, two to three who refused to leave the encampment and the rest were protesters who supported them staying.

Monday, community leaders were questioning how things got to that point.

With several sexual assaults and assaults with a deadly weapon along with other crimes reported in the encampment in the month it existed, all there Monday agreed the camp had to be broken up. However, they’re hoping to be part of a more constructive solution rather than just relocating.

“We have to acknowledge that, it’s because these are vulnerable human beings who our systems have failed and they’re sleeping outdoors,” said Michael Fairbanks, chairman of the White Earth Band of the Ojibwe.

The White Earth Band is hoping the tribal community can be part of that conversation, as 45 percent of the people living at Powderhorn park are Native Americans.