The trial of Cody Fohrenkam, the man accused of killing Minneapolis North student-athlete Deshaun Hill in February 2022, continues Tuesday for the second day of testimony.

Fohrenkam is charged with second-degree murder in the fatal shooting of Hill not far from the Minneapolis North Community High School.

On the first day of testimony Monday, Hill's grieving mother, Tuesday Sheppard, took the witness stand. She was the first witness to testify at the high-profile trial, telling the jury about her only son. 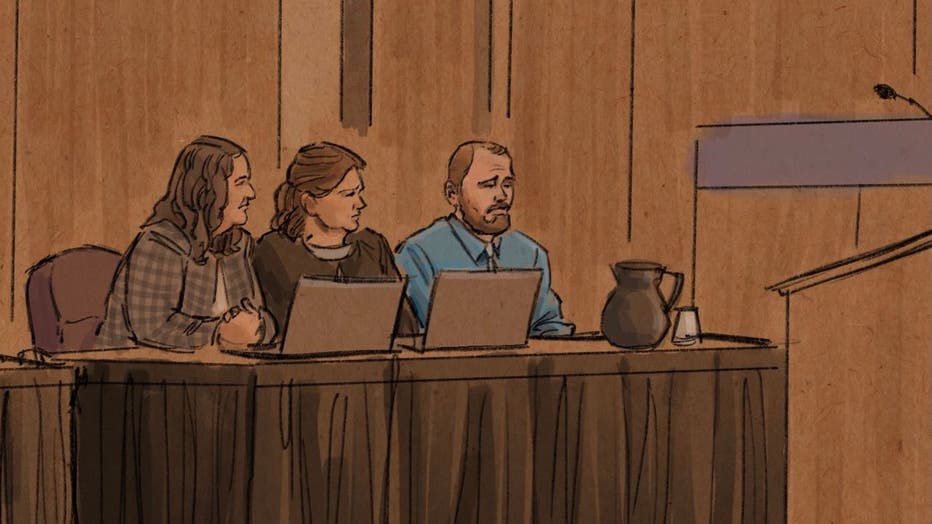 Cody Fohrenkam on the first day of testimony for his second-degree murder trial in the killing of Deshaun Hill in February 2022.  (Cedric Hohnstadt Illustration, LLC)

Prosecutors are expected to whip through more witnesses on Tuesday, including the jury being shown surveillance videos, photo lineups used to identify Fohrenkam and autopsy photos. The state is expected to rest its case after the main police investigator testifies, which could be on Wednesday.

Then the defense will run the show. However, the only defense witness is Fohrenkam, and it's not clear whether he will testify. This could mean closing arguments come as early as Thursday.

Fohrenkam's trial was delayed twice prior to Monday. Once in November 2022 over the defense's concerns of some key eyewitness identification evidence. Then again last week, when Fohrenkam’s legal team said the 30-year-old defendant was not in the right mental state to start the trial.

The prosecution and defense presented their opening statements on Monday. During this, prosecutor Christopher Filipski laid out the case against Fohrenkam, telling the jury Fohrenkam’s movements on Feb. 9, 2022, were captured on surveillance video, including on cameras from Wally’s Foods at the corner of Penn Avenue and Golden Valley Road, the very intersection where the shooting took place.

Filipski said the defendant was robbed of his cell phone at knifepoint in the store earlier in the morning, and that he would return later. That is when the chance encounter with Hill occurred — the pair allegedly brushing past one another on the sidewalk. Fohrenkam would then turn and pull out a gun, firing three shots, killing Hill.

Witness Ashley McNamara rushed to Hill’s side. She testified, blood was everywhere, recalling what she told the dying 15-year-old, "I tried talking to him. I took his hand. I said, ‘hey friend, it’s okay, I called 911, help is on the way.’"

Fohrenkam’s legal team attempted to create doubt in the evidence, pointing out investigators never recovered the murder weapon and some of the eyewitness accounts of the gunman did not match the defendant -- wrong race, and there was confusion over what the shooter was actually wearing.

Adams told the jury not to add another layer of tragedy to this senseless case by convicting an innocent man.

A total of 11 witnesses testified on the first day of the trial. The jurors got to look at Minneapolis police crime scene photos as well as surveillance video from a nearby homeowner that captured what appeared to be a fleeing assailant, running away from the scene after the deadly shooting.