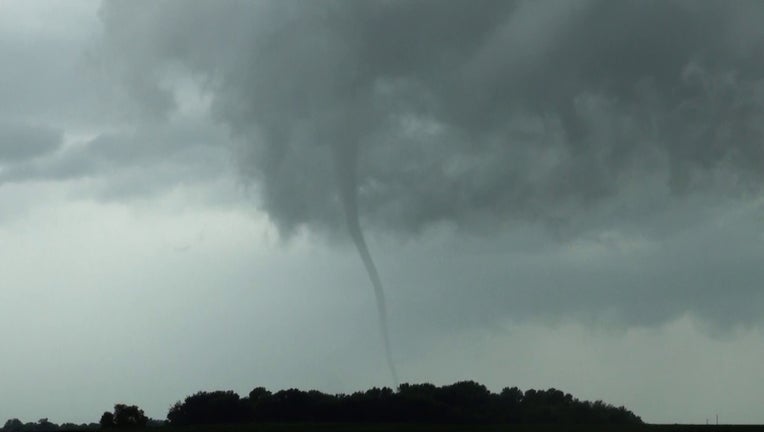 GAYLORD, Minn. (FOX 9) - There were two reports of a tornado near Gaylord, Minnesota as storms moved through Saturday evening.

The storms created two tornado warnings, one in Sibley County -- where the tornado reports near Gaylord were made. FOX 9 weather chaser Bill Doms captured the tornado as moved near Gaylord around 6:30 p.m.

The second warning came further to the south in Sibley and Nicollet counties near Lafayette and north of New Ulm. No tornadoes were reported during that warning.

Both warnings have since expired but a flash flood warning remains for the area. So far, there have been no reports of significant damage caused by the storms.