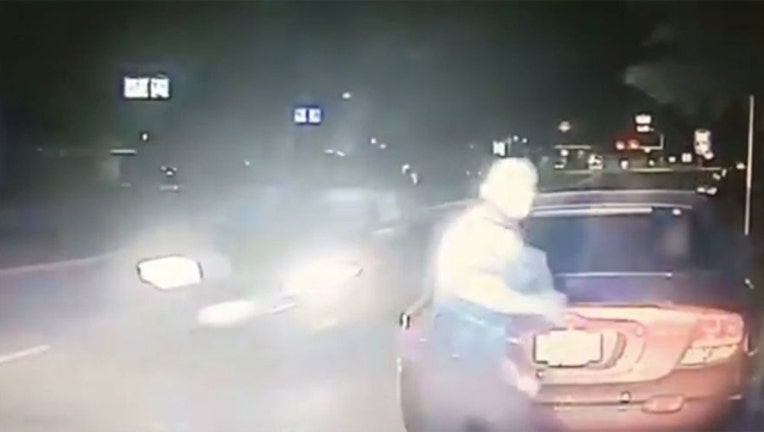 A Texas police officer ran for his life after a drunk driver drove directly at him on a highway near Bridgeport, new video shows.

On Friday evening, “Cpl. Taylor” was conducting a traffic stop on Highway 380 near Bridgeport, the Bridgeport Police Department said in a post on Facebook. The traffic stop was filmed on the officer’s dashcam video, which the department posted online.

Curious, he raises his flashlight toward the lights – which happens to be an oncoming car. The officer eventually sees what’s approaching and quickly jumps out of the way, behind the car he had pulled over.