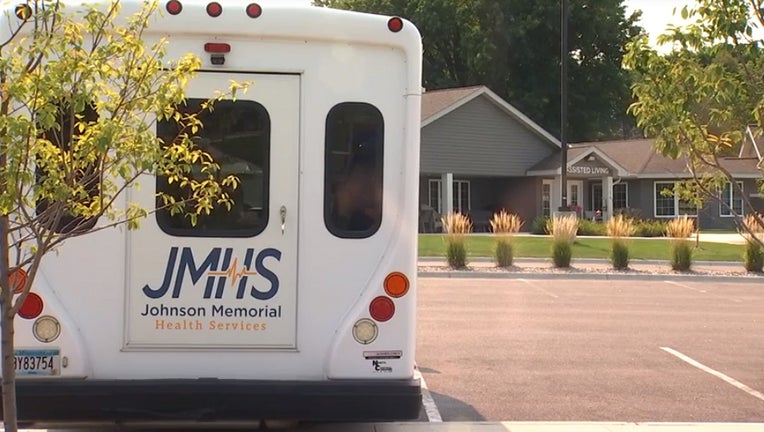 ST. PAUL, Minn. (FOX 9) - Two teenage girls who worked in a nursing home in rural Minnesota are accused of abusing and taunting an elderly female with dementia.

Reports from the local police department and Minnesota Department of Health (MDH) detail the allegations against the juveniles who worked at the Johnson Memorial Hospital and Home in Dawson, which is located about two and half hours west of the Twin Cities.

The alleged abuse was caught on the facility’s surveillance camera system and discovered the next day by a maintenance supervisor who was looking through security footage for an unrelated reason.

The episode took place in May and occurred over approximately 30 minutes in one evening as the resident sat on a couch in a lounge.

According to the MDH report, one of the teens started dancing in "a sexually provocative manner involving thrusting hip movements and a low squatting stance (twerking) in front of the resident and pulled up her shirt, exposing her lower back" to the resident.

The twerking apparently happened three different times during the half hour.

One of the aides pointed her cell phone at the resident and the other aide leaned into the woman and kissed her on the lips.

Both laughed "boisterously" after the act, according to the MDH report.

The police report reads that one of the workers pulled up her own shirt above her bra to the resident, as the other shot foam balls at the woman from a toy gun. The video shows one of the balls hit the woman in the head.

After about 25 minutes, one of the girls sat on the resident’s lap and bounced up and down.

The MDH report reads that "emotional abuse was substantiated."

The workers "treated the resident in a manner which a reasonable person would find derogatory, humiliating or harassing."

When investigators asked the girls about photographing the woman, the workers said they had deleted the media from their phones.

After the video was reviewed by management, the teenagers were suspended and terminated two days later. Each of them had worked at the nursing home for less than a year.

The girls’ names are not being released by authorities because they are under 18 years old. The police report indicated the workers were around 17 years old.

According to Buchheim, one of the juveniles appeared in court last week admitting to the behavior but was not forthcoming on the details or remorseful.

The girls won’t have to serve time in a detention center but will most likely get probation and be ordered to perform community service.

The elderly woman has since passed away from causes unrelated to the incident.

"This whole episode has been devastating for the family, knowing this happened to their mother before she died," Buchheim told FOX 9.

Its CEO, Stacey Lee, told FOX 9 the event was an isolated incident.

She wrote in a statement the facility vets all applicants and requires new employees to complete the appropriate training. "Once they begin employment, employees are subject to ongoing training and expected to comply with our policies and procedures."

"It breaks the hearts of staff and our whole organization when any patient or resident has a poor experience on our premises," the statement read.

Kent Edwards couldn’t believe what had happened in Dawson after seeing the report from MDH.

In 2017, his mother was abused by two nursing aides in a different facility in central Minnesota.

On just her fourth day in the facility, two nursing aides abused the woman because the former E.R. nurse, who worked overnights for 30 years, could not fall asleep at night.

The aides pulled up the woman’s nightgown and taunted her about her body, confined her to a chair, and threatened her with a lighter.

The aides, in this case, were of legal age and were charged with abuse.

"It’s like living through it again, my stomach turned," Edwards said. "We’re still stuck in this problem."

Kent has volunteered for Elder Voice Family Advocates and testified in front of lawmakers at the State Capitol on proposals to increase safety measures for seniors.

We are unable to fully respond to this specific situation because this is a legal matter, but we can tell you that Johnson Memorial Health Services (JMHS) is deeply committed to the care of our patients and residents, and it is our mission to serve them.  During this difficult time when rural medicine and long-term care are being asked to stand between life and death of patients with stretched resources due the pandemic, patient advocacy becomes our even greater responsibility.  To that end, we vet all applicants through background screenings, and when we onboard new employees, they are required to complete appropriate training. Once they begin employment, employees are subject to ongoing training and expected to comply with our policies and procedures.  As noted above, we cannot comment on the details of the incident described in the public records, except to note the records reflect that JMHS became aware of the incident in question through our own internal surveillance systems, and at such time, JMHS immediately self-reported it to law enforcement, applicable regulatory agencies, and the family of the involved resident.  The public records also note that the involved employees were immediately terminated by JMHS. It breaks the hearts of our staff and our whole organization when any patient or resident has a poor experience on our premises.  However, we know our long-term record and commitment to our patients and community speaks more loudly regarding who JMHS is as an organization than any isolated incident.