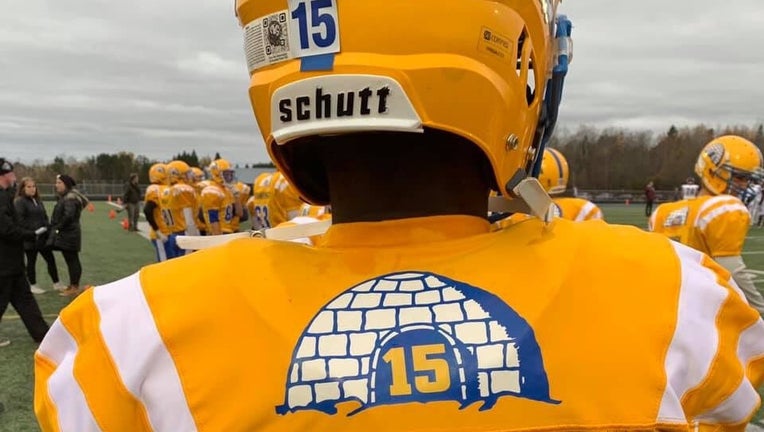 An Esko player wears a jersey with Jackson Pfister's number 15 on the back.

Wednesday was the first game for the Esko Eskomos since 15-year-old Jackson Pfister died during a game last week.

Last Friday, Aitkin Police Chief Tim Catlin said Pfister collapsed on the field during the game. An autopsy later revealed Pfister's death stemmed from a congenital heart disease that he was born with. Since his death, students have created a memorial to honor Pfister.

Wednesday night, as the Esko football team took the field for the first time since his death, players and students continued their tribute to Pfister.

Photos posted online by the school district show a football player wearing a jersey and helmet emblazoned with the #15, Pfister's number.

Esko community mourns after death of football player during game

The sophomore died during the game Friday night, so community members memorialized the teen at the field Sunday.

Students and fans at the game also wore shirts with Pfister's name, a football, baseball, hockey puck, the number 15 and angel wings.

Esko finished the night with a decisive win in Pfister, 33-0.