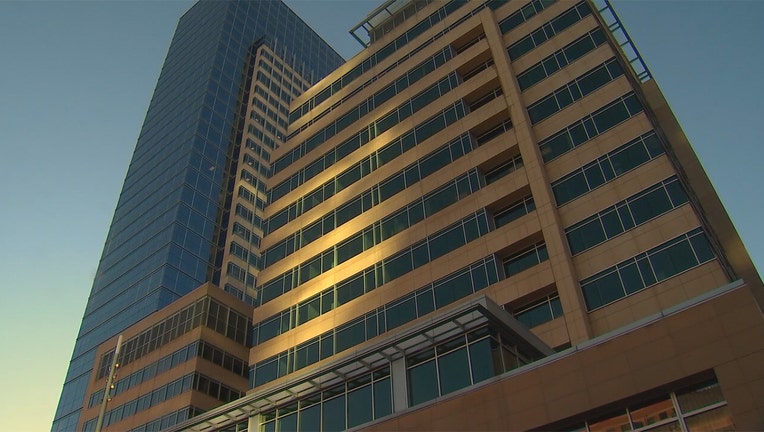 MINNEAPOLIS (FOX 9) - Two years since the pandemic abruptly emptied out downtown Minneapolis offices, workers are still slowly coming back.  But it’s become clear they won’t all be returning, at least certainly not every day.

Two years since the pandemic abruptly emptied out downtown Minneapolis offices, workers are still slowly coming back.  But it’s become clear they won’t all be returning, at least certainly not every day.

Several large employers finally returned to their downtown offices in March, after several COVID-surge delays.  But Target, who employs more than 8000 people at its downtown headquarters, decided to keep a hybrid approach.  Workers and their teams have the flexibility to decide when to come to the office.

"In a lot of ways, it wasn’t a surprise," said Steve Cramer, President and CEO of the Minneapolis Downtown Council.  His office has been constantly keeping tabs with employers about their plans and knew hybrid approaches had become permanent options for many.

"It’s clear as can be this flexible work approach is going to be the new norm going forward and Target is a part of that as well," said Cramer.

One reason companies are retaining hybrid flexibilities is that employees like it, and in a tight job market, that has become key to recruiting and retaining workers.

But while it’s good for employees who enjoy a few days off from their commutes, it is tough on the downtown economy that depends on them.  Before Covid-19, more than 200-thousand people worked in downtown every day.  Now, that same workforce may never all be downtown at the same time.

Currently, according to Downtown Council stats, just over 50% of the workforce is at the office at least one day a week.  That will no doubt continue to go up, but at what pace and to what extent is yet to be seen.

"So we think by the late summer or early fall, we’ll have a pretty good feel for what the expected office population is going to be," said Cramer.

It’s tough on downtown retailers and restaurants.  One restaurant told Fox 9 that the lunch crowd is still sparse, but happy hour is picking up.  More skyway stores have reopened, but a number of empty spots remain.  The Downtown Council counts more than 400 retailers now open, up from 280 about one year ago.

But Target’s decision is seen, one retailer told us, as the harbinger of what’s to come. They believe many employers will follow Target’s lead.  So while workers will continue to return, they fear they’ll never see the vibrancy in the lunch crowds that they used to.