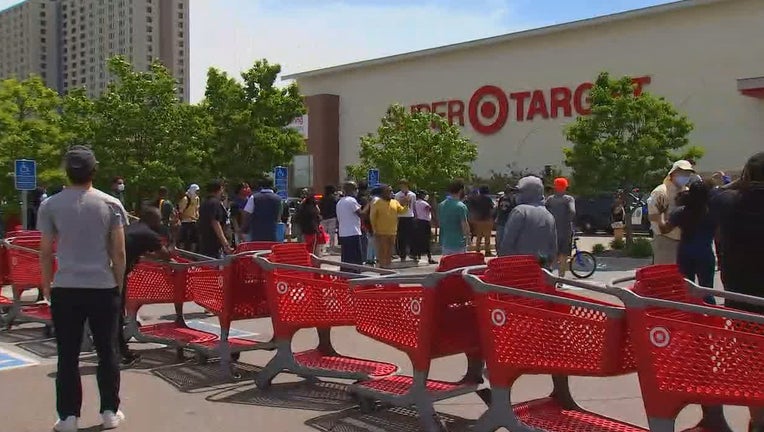 MINNEAPOLIS (FOX 9) - Target is closing 24 locations in the Twin Cities metro as looters have forced their way into some locations.

Wednesday night, the Target off Lake Street in Minneapolis was the epicenter of looting, with some people loading up carts and running from the store with televisions, clothes, and other items.

Protesters damaged law enforcement squad vehicles at a St. Paul Target. Protests have been bubbling in the Twin Cities metro area in response to the death of George Floyd.

Looting continued on Thursday, this time in St. Paul at the company's Midway location. Police intervened in this instance, sparking a faceoff in the parking lot between rioters and officers.

Some police departments have urged retailers to close their doors as unrest over the death of George Floyd in Minneapolis has spewed over.

In a short statement, Target officials wrote: "We are heartbroken by the death of George Floyd and the pain it is causing our community. At this time, we have made the decision to close a number of our stores until further notice. Our focus will remain on our team members’ safety and helping our community heal."

Target says, to protect the safety of its workers and customers, the following locations have closed. It's unclear how long they will remain closed.

Rioting in the Twin Cities has also forced malls, like Rosedale Center and the Mall of America, to close doors along with certain post office locations and other businesses.