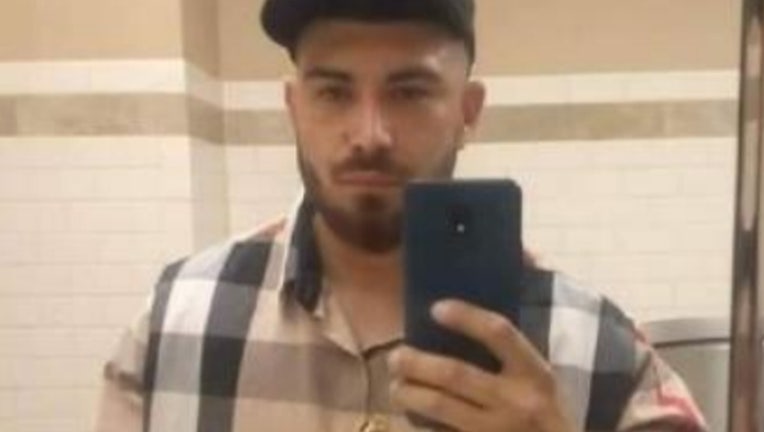 Authorities are asking for the public's help identifying the suspects involved in a burglary at a home near Belle Plaine on Thanksgiving. (Minnesota BCA)

SIBLEY COUNTY, Minn. (FOX 9) - Authorities are asking for the public's help in identifying the suspects who burglarized a home near Belle Plaine on Thanksgiving and stole 13 long guns and other items.

The Minnesota Bureau of Criminal Apprehension on Tuesday said the Sibley County Sheriff's Office is requesting help identifying several suspects in the case, including the man pictured above. The sheriff's office says the man is believed to have been involved, adding he may go by "JR" or "Aron Beltran," and is known to stay at Super 8 motels.

There are several others being sought as well. They include: Tony, a man in his 40s; Julio, a man in his 20s' JR/Aron's girlfriend; Brandon, who lives with his sister in Brooklyn Center.

The people being sought may have ties to the Twin Cities. They drove a black SUV to the scene, where they are accused of stealing 13 long guns, ammunition, tools and three vehicles from the home.