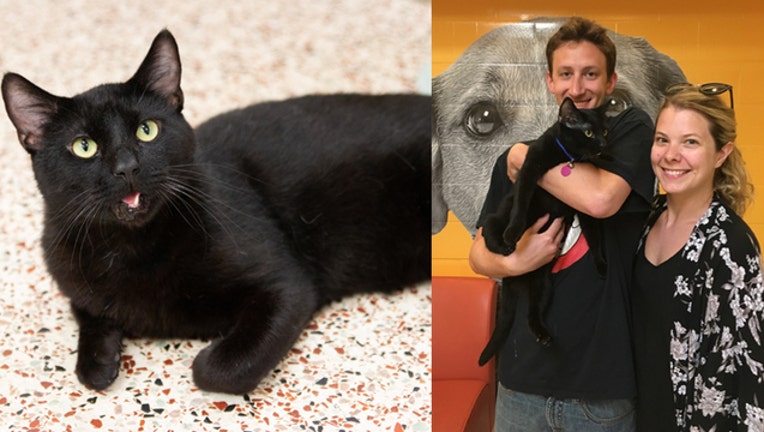 Guppy, a stray cat who suffered a broken jaw after he was shot in the face, recently found his forever home with a family in Minnesota. (Photo credit: Animal Humane Society)

GOLDEN VALLEY, Minn. (FOX 9) - A cat that was shot in the face found his forever home Tuesday with a Minnesota family.

Guppy arrived at the Animal Humane Society as a stray. X-rays revealed he had been shot, leaving him with a broken jaw and bullet fragments still lodged in his neck.

Guppy was adopted on Tuesday by a man who came to AHS looking for a cat for his parents, who had recently lost their family cat and were not sure if they would ever get another.

“Evan fell in love with Guppy instantly and was very moved once he learned about Guppy’s past,” AHS said in a Facebook post.

AHS said Guppy had found his “perfect adopter.” A volunteer paid for his adoption fee.