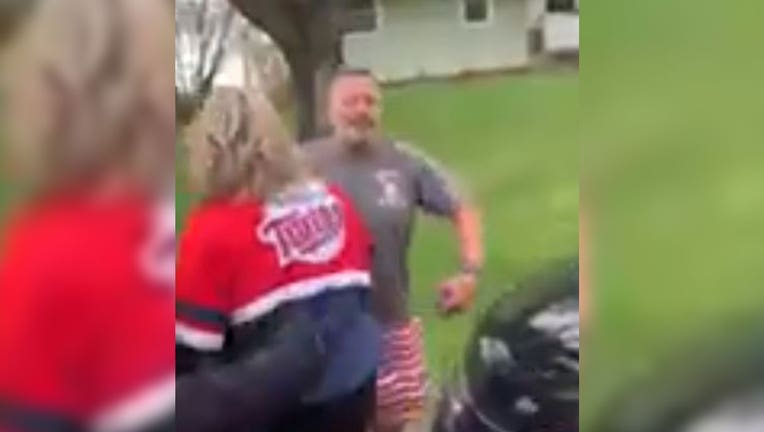 An officer with the Minnesota Correctional Facility-Stillwater and his wife were involved in a confrontation with protesters this weekend in which his wife is heard on video shouting a racial slur at protestors. The officer is no longer employed by t

STILLWATER, Minn. (FOX 9) - The Department of Corrections says a sergeant at its Stillwater prison is no longer employed there after he and his wife were seen on video in a confrontation with protesters last month.

Sgt. Paul Gorder is no longer employed by the Minnesota Department of Corrections following an investigation into his actions in late April. Gorder and his wife were seen on video yelling at a group of protesters near the Stillwater home of Washington County Attorney Pete Orput.

DOC Commissioner Paul Schnell said, "When concerns about the conduct of any agency staff member arise, I am compelled to act in a manner that ensures public trust, while ensuring that the employee is afforded all the rights and protections guaranteed by law and their union’s collective bargaining agreement."

The DOC’s Office of Professional Accountability conducted the investigation, the results of which will be made public following the conclusion of any arbitration proceeding.