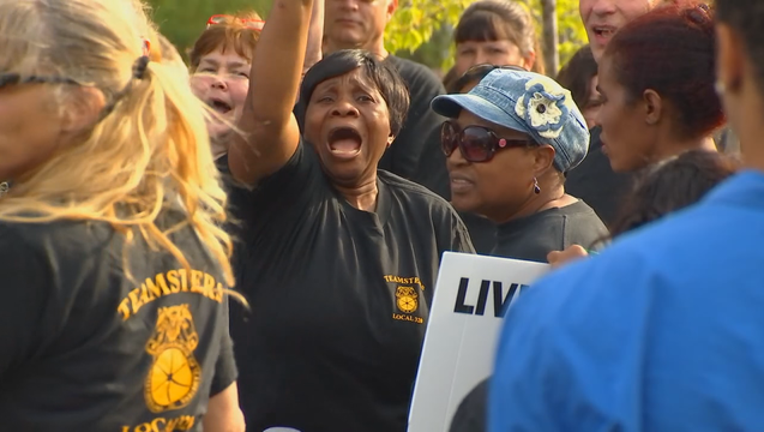 Teamsters from the Local 320 protested for a new contract for school nutrition service workers ahead of a St. Paul School Board meeting Tuesday evening.

The previous contract expired on June 30. The workers tell Fox 9 the latest offer includes no raises for many of the lowest-paid workers after years of only minimal bumps in pay.

“What it means for our members is they are unable to keep up with the cost of living,” said Brian Aldes, Secretary/Treasurer for Teamsters Local 320. “We want to create a better economic environment not just for the members we represent, but for the communities they live in as well.”

Aldes said the union is seeking a $15 minimum wage in the contract, similar to what was negotiated for teaching assistants just months ago.

A review of that contract shows the new salary scale being phased in, with the $15 wage take effect next year.

Aldes said negotiators with the district said they can’t afford to provide those wages, despite a separate food service fund.

A St. Paul Public Schools spokesperson told Fox 9 that since the dispute is in mediation, officials cannot comment on the negotiations.