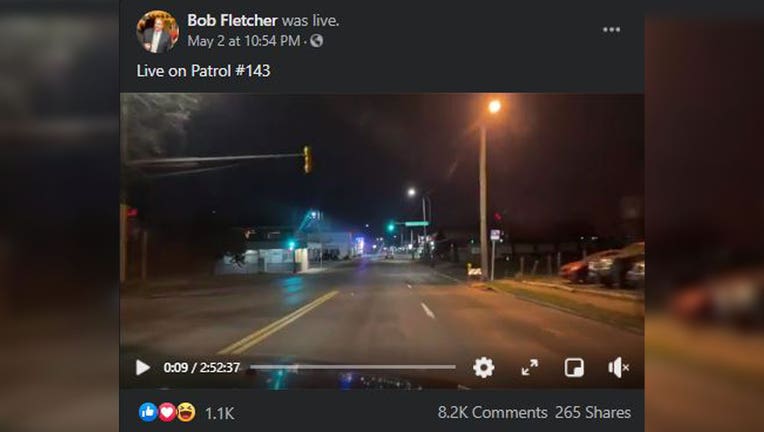 Fletcher’s "Live on Patrol" Facebook livestreams are taken from his patrol car and often end up on the streets of St. Paul. He started the livestreams in 2020.

Wednesday, the St. Paul City Council approved a resolution recommending the POST Board review the livestreams. The resolution says residents have voiced concerns with St. Paul and Ramsey County staff about the legality of the streams.

The approved resolution argues the livestreams have captured Fletcher engaged in "reckless" and illegal actions. This includes moments when the Sheriff has been seen on livestream driving "dangerously and erratically" and "dismissed requests to call of pursuit."

The Pioneer Press reported in 2020 that Fletcher was also seen driving the wrong way up a one-way street and asking his assistant to "Keep that off, OK? The wrong way part," during a livestream.

The resolution also says Fletcher failed to wear a body camera during his videos.

In 2020, television shows like COPS and Live PD were both cancelled after protests against police brutality following the death of George Floyd, a fact that St. Paul also included in its resolution. It calls Fletcher’s livestreams a "crudely-produced reality show."

In response to the City Council’s resolution, Fletcher posted on Facebook that his livestreams are an effort to build "community trust through transparency and kindness."

In another Facebook post, Fletcher pointed to the first line of the resolution which says the Sheriff patrolled the streets of St. Paul "without invitation."

Fletcher says that "every citizen who lives in – works in- or frequents the City of St. Paul" can invite the Sheriff’s Office into the city to help prevent crime.

"We will continue our patrols of your streets and neighborhoods as long as you want us there," he said.

Fletcher said he plans to livestream Thursday night at 9:11 p.m.