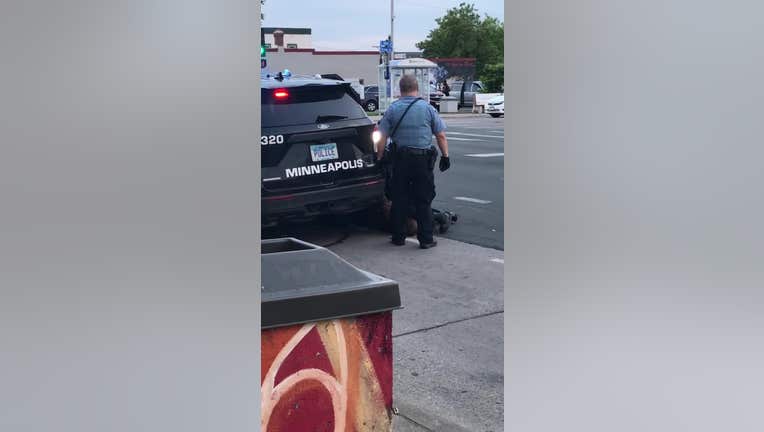 Minneapolis police pinned down George Floyd during an arrest Monday. Bystander video shows the moments an officer held him down with his knee on Floyd's neck for several minutes.

Chief Axtell wrote that he told his officers if they wouldn't do anything differently from how the four Minneapolis police officers handled Floyd's arrest, then they should "reconsider their career choice."

It has been a difficult few days for all of us. Like you, I’ve been shocked, disgusted, angry and grieving. I’ve also taken some time to collect my thoughts and make sure I’ve addressed this issue with your police officers (the SPPD) before talking about it publicly.

Now I want you to know where I stand.

The video of a man being arrested across the river is beyond disturbing. The situation can only be described as a tragedy in every sense of the word.

I’m also using this as an opportunity to do some soul searching, and I’ve asked our officers to join me in doing the same.

I often say that being a police officer is a calling, and those who answer do so because they want to help people. At the SPPD, we look for people who, at a minimum, possess these qualities: integrity, respect for all, compassion and empathy. These are the building blocks on which trust, community safety and professional fulfillment are built. And they are non-negotiable.

They also need to be maintained. Today I asked all SPPD officers to check in on themselves.

Something went horribly wrong at the intersection of 38th and Chicago, and everyone in law enforcement owes it to themselves, their coworkers, their city and the people they serve to make sure it doesn’t happen again.

So today I asked every SPPD police officer to watch the horrible video and do something different. I asked them to put themselves in George Floyd’s shoes.

I asked them to imagine they are on the ground and cannot breathe. Imagine that their only option is to turn to a police officer for help. Imagine the pain, fear and desperation. Then think about how their families would feel later, watching such a video of them, beneath the knee of an officer, with no hope.

Then I asked them to put themselves in the shoes of the officers, the bystanders, the community members we serve who are now forced to confront this tragedy.

As painful as this is, it’s something we, as law enforcement professionals, must do. Because when we lose our integrity, respect for all, compassion and empathy – when we stop seeing people and only see problems – we lose everything that is good about our profession.

Finally, I challenged our officers to ask themselves if they would have done anything differently from what the officers did in the video.

If the answer is no, I told them to reconsider their career choice.

Integrity. Respect for all. Compassion. Empathy.

These qualities are non-negotiable – as law enforcement professionals and as human beings.

I know that the job is difficult. I know that the vast majority of the time officers do what is right. But I also know that if we don't check ourselves, we run the risk of losing touch with humanity. And then we have lost everything.

I’m praying for Mr. Floyd, his family, our community and our police officers and I’m committed to doing everything possible to make sure we never again see another tragedy like this.