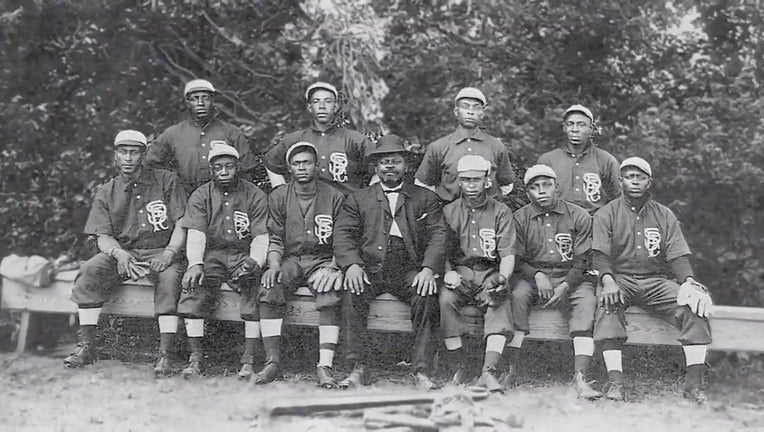 ST. PAUL, Minn. (FOX 9) - The Saint Paul Saints are honoring a pioneer in baseball more than a century after his death.

Phil Reid owned the Saint Paul Colored Gophers – an all-Black baseball team that dominated in Minnesota during the early 1900s.

The Saint Paul Saints are honoring a pioneer in baseball more than a century after his death.

Reid, who died in 1912, didn’t have a headstone until the Saints pitched in to help put one on his unmarked grave.

"We felt like there was a wrong that needed to be righted," Derek Sharrer, the General Manager for the Saints.

Sharrer says he and his team wanted to make sure that people knew exactly where to find the man who paved the way for Black baseball players.

"Phil ‘Daddy’ Reid’s story is one of the best. What he built from 1907 to 1910 was visionary," Sharrer adds. "What he built was a team that predated the Negro Leagues that could’ve [also] competed in the Negro leagues."

Historians say Reid built a team that put Minnesota baseball on the map.

He did all of this during a time when Black players were not allowed to play for the major league all because of the color of their skin.

"The opportunities were less for them," says Pete Gorton, a Negro League historian. "The color barriers started in 1887 and lasted until 1946 while Major League Baseball wrestled with integration."

But that didn’t stop Reid from showcasing some of the best.

The Saint Paul Colored Gophers were known as one of the best baseball teams in the region.

"Reid had the ability to go on a national search to bring in some of the greatest black baseball players of that time," Gorton adds. "He was a big part of Minnesota baseball history."