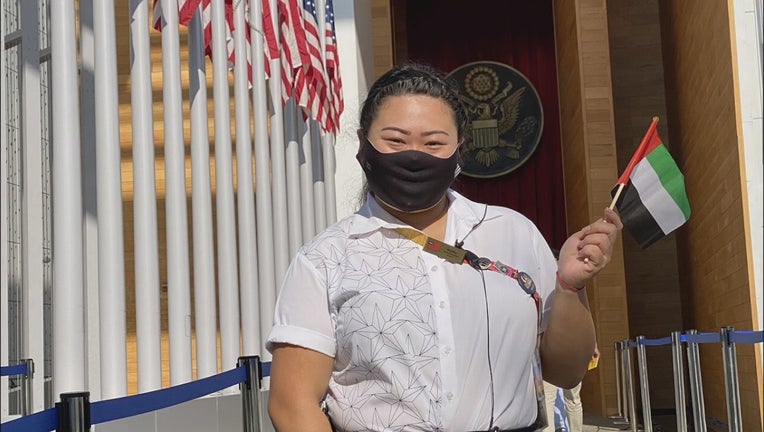 (FOX 9) - From the Eiffel Tower in Paris to the Space Needle in Seattle, some of the most iconic structures on the planet were built for the World's Fair.

Now a St. Paul native is one of the faces of America at this year's World Expo (as it is now called) in Dubai, after it was postponed for a year because of the pandemic.

From the Eiffel Tower in Paris to the Space Needle in Seattle, some of the most iconic structures on the planet were built for the World's Fair.

During her time as a student at St. Cloud State University, Belinda Lee studied abroad everywhere from Malaysia and China to South Africa and the United Kingdom. But after visiting all those exotic locales, she is on her most exciting adventure yet.

"I have never been in this region of the world, so first time, I had no expectations. I just want to absorb everything that comes at me, so very new experience here," said Lee.

The 28-year-old from St. Paul is one of 75 young adults from 46 states representing the United States as a youth ambassador at Expo 2020 in Dubai.

As part of her duties, Lee - who is Hmong - welcomes visitors, U.S. officials, and international delegates to the USA Pavilion, where she shares information about the nation's history, culture and diverse population with the rest of the world.

"I've had the chance to share about my Hmong history and heritage to folks who've never heard the word and have that represented in Dubai," said Lee. 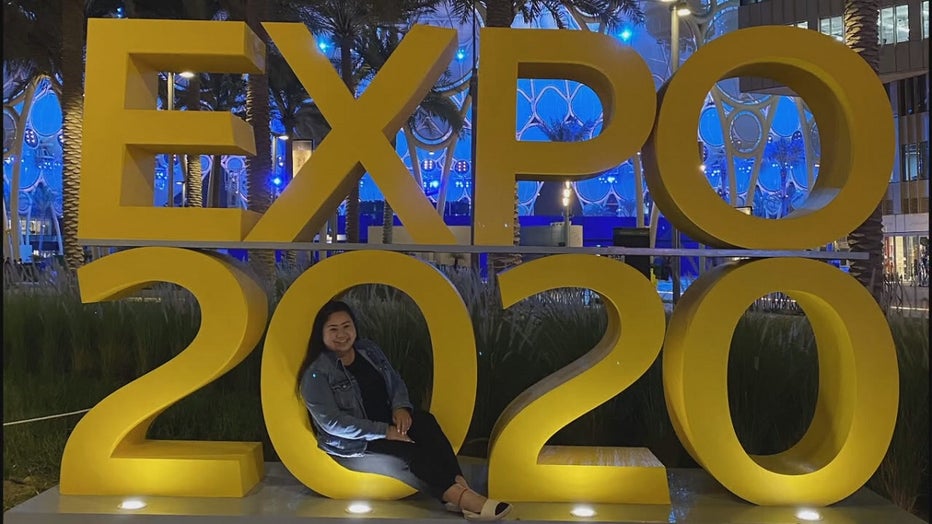 When she's not working, Lee gets to take in the breathtaking sights and sounds of Dubai, which is the first city in the Middle East to host the expo.

In addition to getting to know her fellow youth ambassadors, Lee says one of her most memorable moments was seeing a Minnesota-based coffee shop halfway around the world.

"I'm going to the Mall of Emirates and what do I see? I see a Caribou right there, and I'm like 'this is crazy.' There is a Caribou in Dubai," said Lee.

Lee will be in Dubai until the expo ends at the end of March.

After that, she hopes to recruit international students to study in the United States.

And if Minnesota is picked to host the World's Fair in 2027, she would like to once again do her part to make the great big world feel a little smaller.

"This is going to be a chance of a lifetime. A once in a lifetime opportunity that everybody should get a chance to experience," said Lee.