ST. PAUL, Minn. (FOX 9) - A St. Paul man has been arrested and charged for robbing and killing a 20-year-old Bethel man on Raspberry Island last August.

Around 3:15 a.m. on August 29, officers responded to a 911 call reporting a robbery and a shooting. When officers arrived to Raspberry Island, they found friends applying pressure to a gunshot wound near Swanson’s neck. The 20-year-old was motionless on the ground near the open front passenger door of a Chevrolet Impala.

Swanson was transported to a hospital where he died later that hour. 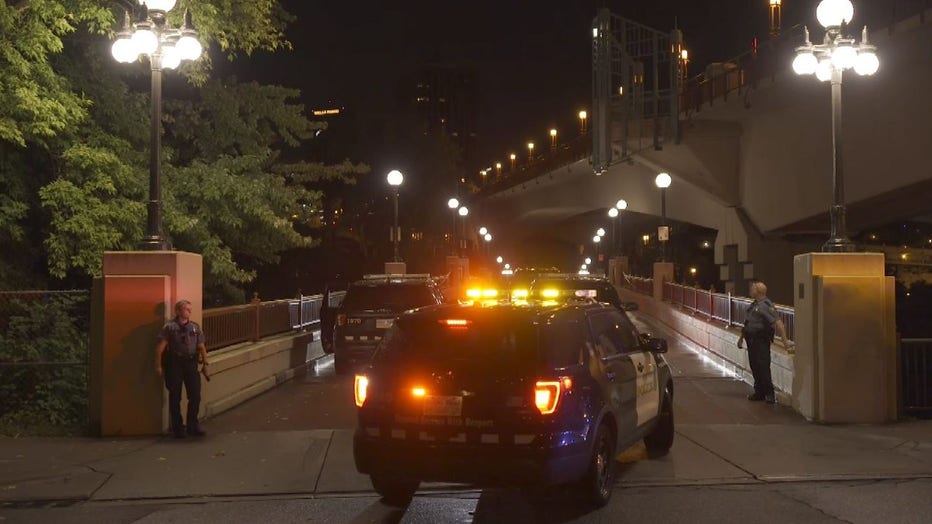 Police investigated after a man was fatally shot on Raspberry Island in St. Paul last August.

According to the complaint, Swanson, his girlfriend and a friend were in St. Paul to ride scooters. They parked beneath the Wabasha Bridge. Their friend stepped out to look for a scooter nearby while Swanson and his girlfriend were asleep in the car. He told police he remembers seeing a man standing next to a silver SUV with tinted windows in the same parking lot when he left.

The girlfriend told police she woke up in the rear driver’s seat when the rear passenger door opened. She said a man held a gun to her head and took her phone. He then opened the front passenger seat and woke up Swanson to search him, then she heard a gunshot.

Swanson fell out of the car onto the ground, then Jones got into an SUV and it left. When the friend returned riding on a scooter, he saw Swanson on the ground bleeding and his girlfriend crying. She used her sweatshirt to slow the bleeding and used Swanson’s phone to call 911. Swanson's wallet was not recovered after the incident.

Investigators identified Jones as a suspect from a recovered fingerprint on the rear passenger door of the Impala. According to the complaint, Jones had been at Raspberry Island with a woman he was dating and a man he drank with at a bar earlier that night.

The man, who drove Jones and his girlfriend in his Suburban, told police that Jones was the only one to approach the Impala. When Jones returned back to the SUV, he pointed the gun at the driver and told him to drive. The man told police he had not had contact with Jones since the incident.