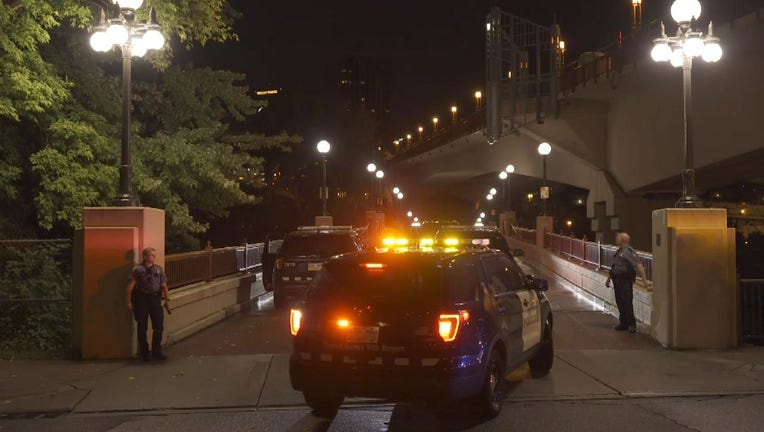 Police are investigating after a man was fatally shot on Raspberry Island in St. Paul.

ST. PAUL, Minn. (FOX 9) - Police are investigating two homicides that took place overnight in St. Paul - one on Raspberry Island and another at a parking ramp downtown.

According to police, at about 12:15 a.m. Sunday, a man in his 30s arrived at Regions Hospital. He was suffering from at least one apparent gunshot wound and was rushed to surgery. He died a short time later. Officers at the hospital detained the person who drove the victim to Regions and secured the vehicle, which had bullet holes in its windshield.

Authorities believe the shooting occurred in a parking ramp on the 400 block of Jackson Street. Police do not believe it was a random shooting, and no arrests have been made.

The second victim was located at about 3:15 a.m. on Raspberry Island after someone called 911 to report a robbery and a shooting. Officers rushed to the scene and found a man in his 20s suffering from an apparent gunshot wound. Witnesses told police that the victim and his friends were in St. Paul to ride scooters around the city. While sitting in a car on the island, the suspect climbed in, pulled a gun, robbed a female and shot the victim, who has been identified by the medical examiner as Blake Richard Swanson, 20, of Bethel, Minnesota.

No arrests have been made yet. Anyone with information about either shooting is asked to call 651-266-5650.

These are the 19th and 20th homicides of the year in St. Paul.