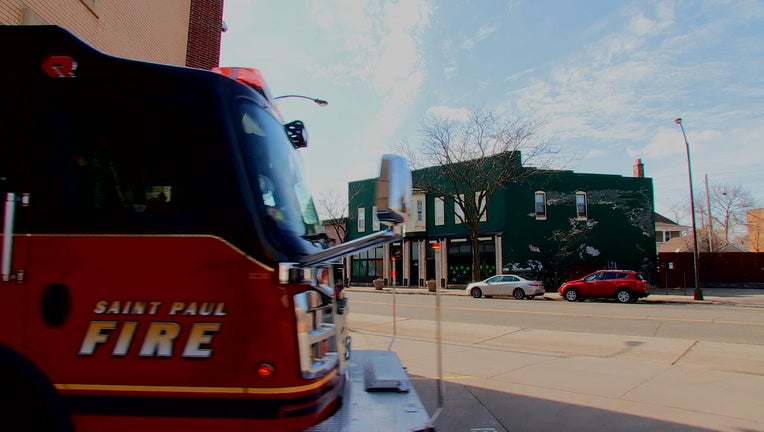 ST. PAUL, Minn. (FOX 9) - When the call goes out, St. Paul firefighters respond no matter what, but in the current landscape it’s even more of an unknown.

“In fire, you can see the smoke or feel the heat or see the flames, with this it’s an invisible virus that you can’t detect until days afterwards,” said Deputy Fire Chief Roy Mokosso.

When the call goes out, St. Paul firefighters respond no matter what, but in the current landscape it’s even more of an unknown.

In this new world, things are changing when it comes to how the St. Paul Fire Department operates. As soon as crews step foot into the fire stations, they get a health screening. They’re asked how they’re feeling, if they’ve been around anyone with COVID-19 and they get their temperature taken before and after each shift. Those given the approval to work have other new procedures to follow.

“After every run involving a patient with COVID-19 symptoms, there is a full wipe down that occurs,” said Mokosso.

Daily staffing numbers are up to put more ambulances on each shift, but the number of crew members going out on EMS calls is down to two.

“We’re sending two people and one person is making patient contact, and it reduces the amount of personal protective equipment that needs to be consumed on these runs and also reduces opportunities for exposure,” he said.

They’re also mindful about where those extra ambulances are stationed.

“We’ve also looked at the position of those rigs just kind of trying to forecast where the need will be what communities might be hit hardest by COVID-19,” he said.

In an extremely rare move, the St. Paul Fire Dept. is graduating 17 new firefighters from their current academy on Friday - a month earlier than planned - to bolster their numbers in this crisis.

“The training staff has cleared them, they’ve passed all their tests and has deemed them ready to hit the streets,” said Mokosso.

So far the department says they feel good about where they are with personal protective equipment as they ordered quite a bit in early February. The department is continuing to work with vendors across the nation to order more as they know the need will rise.